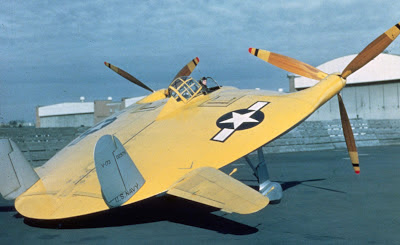 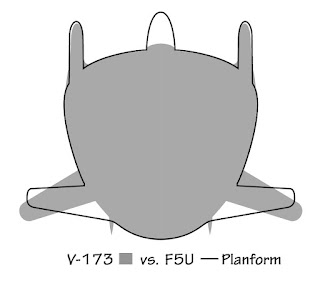 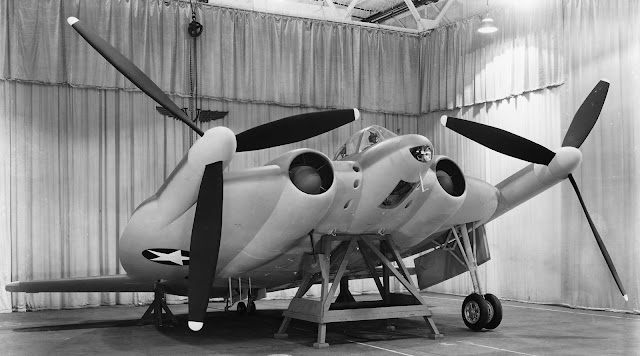 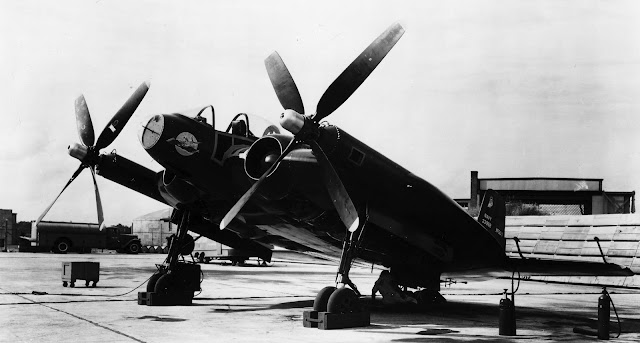 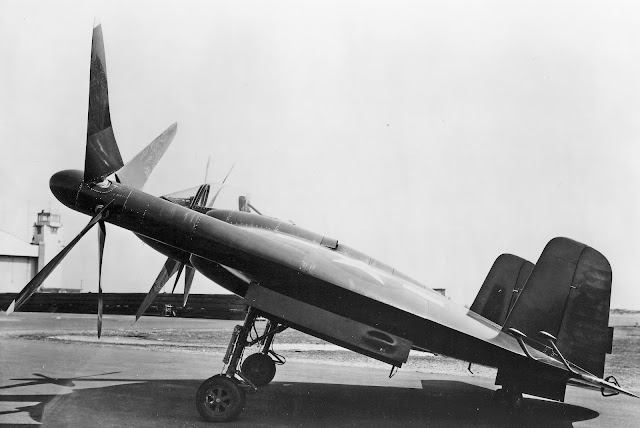 Fortunately for aviation enthusiasts, Vought donated the V-173 to the Smithsonian. It languished at the Silver Hill storage facility for many years before being shipped to Grand Prairie, Texas where Vought Heritage volunteers restored it to like-new condition. It is now on display at the Frontiers of Flight Museum in Dallas, Texas. See http://www.flightmuseum.com/
Posted by Tailspin at 6:59 PM

I love that plane!

Might be just me, but the center section of the F5U bears some vague reseblance to the Horton 229. Great photos.

Hello! I have one strange question about these planes: what does the name 'Skimmer' means? Im not an English-speaker, and dictionaries, even OED, do not give an answer. ;) Is that means kitchen utensil, straw hat ot something else?

Skimmer? I always thought it referred to the past time of throwing a flat round rock at a low angle onto the surface of a pond to make it skip as many times as possible. The shape of the rock was important as well as the speed and angle of the throw. See

There is also a clam of a similar shape that in New England is called a skimmer. See

Strange, but my first thought was of the stones too. But then... It is too many possibilities! The clam, by the way, was named after kitchen utensil (and used by first New England settlers in that way), as OED says. And that shells are not the worst substitute for flat stones on sandy shore, where there are no stones at all...
My favorite version is that skimmer is the skimmer hat, popular in the 1930s. It's not only round and flat, but also yellow (of straw color, to be precise). I think, the names Pancake and Flapjack were given not only because flatness and roundness of airplane, but also for its color. Yellow, i think, was pretty unusual color for late 1942 and on (except on primary trainers), so name could had been given for the paint job too.
I asked Vought Aircraft Heritage Foundation about that, but they haven't answered yet, so that mystery of Flying Soucers remains unresolved ;)