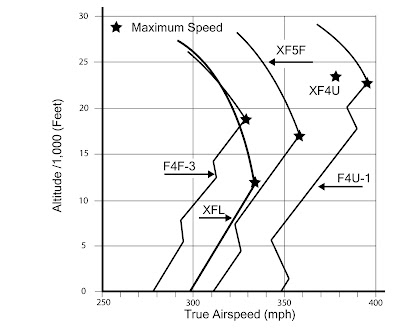 Coming later this year from the Steve Ginter Naval Fighter series - my monograph on the Bell XFL-1 Airabonita. This little known pre-WWII Navy fighter prototype was based on the more successful Allison V-1710 powered P-39. Contemporaries were the XF5F and XF4U. It was one of several examples of U.S. Navy involvement in liquid-cooled engine projects after 1929. The chart shows the difference in airspeed at altitude due to supercharging. The XFL-1 was handicapped by not only by having less installed horsepower than its competitors, but also only having a single-stage supercharger. At altitudes below18,000 feet, it was significantly faster than the F4F-3, which had an engine of about the same horsepower, but then lost the advantage because the Wildcat's engine had a two-stage supercharger.
Posted by Tailspin at 10:22 AM No comments: 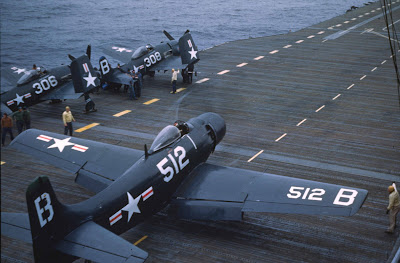 In contrast to the rapid development and replacement of carrier-based jet fighter types prior to the 1960s as described in my book, U.S. Naval Air Superiority, attack airplane types tended to stay on the front line for many more years. An example is the Douglas AD Skyraider, seen here in the late 1940s with the Grumman F8F Bearcat and the early 1960s as the A-1 with the McDonnell F-4 Phantom. Development of carrier-based Navy attack aircraft is the subject of my next book, Strike From the Sea, to be released in early 2009 by Specialty Press.

My thanks to Bob Lawson and Ed Barthelmes for the AD and A-1 photos respectively. 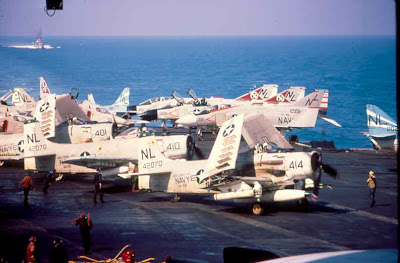 Posted by Tailspin at 8:58 AM No comments: 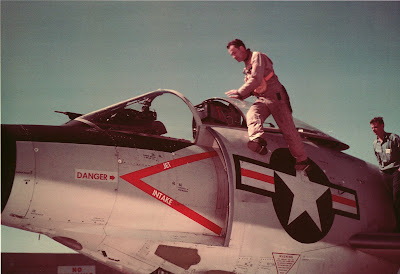 I had hoped to find a picture like this for the fighter book - showing the lengths that the contractors went to to fulfill the "self-boarding" requirement for carrier-based aircraft. Ladders were anathema on a windy confines of a carrier flight deck. After a few aviators fell off airplanes with boarding provisions like this, accommodating ladders became less onerous...
Posted by Tailspin at 8:35 PM No comments: 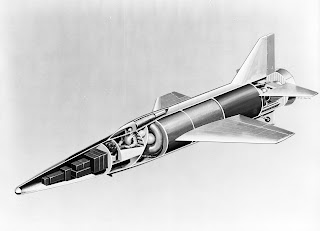 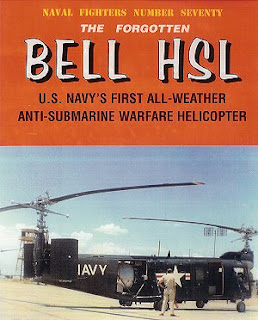 The Bell HSL was to be the answer in 1950 to a major Navy requirement - find and kill Russian submarines. It was a major step forward in size and lift for a helicopter. Its development problems behind it and on the eve of a critical milestone, delivery for the fleet introduction program, one crashed, killing the Navy's program manager and subsequently the program itself. Its legacy is the Bell Helicopter plant in Fort Worth, built specifically to produce the HSL.

Now out of stock at Ginter Books; I still have some for sale.
Posted by Tailspin at 2:01 PM No comments: 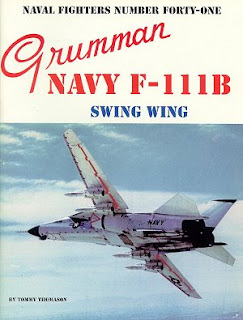 Little complimentary or even kind has been written about the F-111B. It deserved a more balanced assessment, because much of what was said about it before its cancellation was derogatory and bordering on misrepresentation, intended to both reflect badly on Robert McNamara's leadership of the Department of Defense and justify a very different type of fighter that the Navy had come to need. This is my attempt to provide a more nuanced analysis of the F-111B program.

Unfortunately, Steve Ginter has sold out his stock and doesn't plan to reprint it. However, there are several available from Amazon books.
Posted by Tailspin at 2:00 PM 2 comments: