Horses for Courses: Intruder vs. Buccaneer

If you're familiar with both U.S. Navy and Royal Navy airplane programs from the early 1960s, you may have wondered why the former developed a bigish carrier-based, subsonic, two-seat attack airplane when the latter already had one in development, the Blackburn Buccaneer: 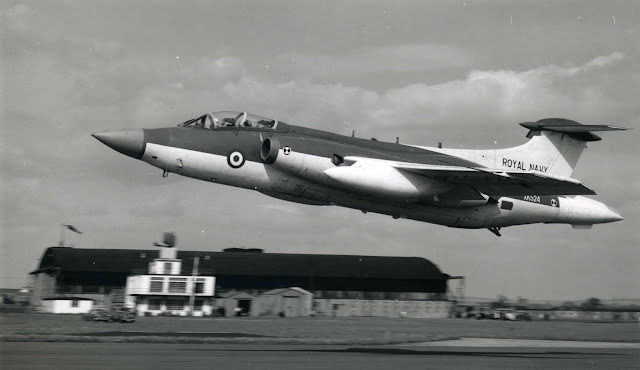 Certainly the U.S. Navy was paying close attention to the Royal Navy during the early 1950s when the Buccaneer program was initiated, as evidenced by its adoption of the steam catapult, the angled deck, and the mirror-landing system.

The answer is basically requirements. The U.S. Navy wanted a replacement for the obsolescent Douglas AD-5N Skyraider that it and the Marines used for all-weather attack and to a limited extent, antisubmarine warfare. 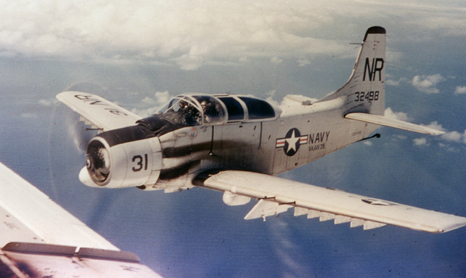 Some of the requirements overlapped, for example range, payload, carrier-compatibility. However, the Navy wanted to be able to find and accurately bomb a land target while the Brits had in mind a strike against ships at sea or naval bases. As a result, the Buccaneer was optimized for near-sonic speed at sea level for a survivable run-in against a heavily armed target: tandem cockpits, a small radar dish (but adequate to find a big target), an internal bomb bay, a relatively small wing, a retractable inflight refueling probe (also see comment below), and unusually for a subsonic airplane, area ruling. The Intruder, on the other hand, had not one but two radars, side-by-side seating (not a handicap given the size of the nose required for the radars) five stores pylons, a relatively high-aspect-ratio wing (required in part for the Marines desire for short takeoffs and landing ashore), etc. It was definitely not area ruled and its refueling probe was always extended. 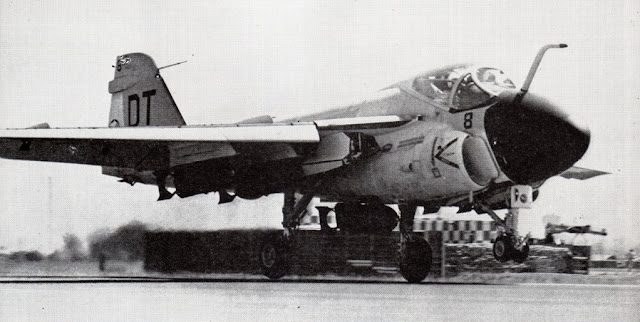 For more on the development of U.S. Navy attack airplanes including the A-6, see my book, Strike from the Sea, available from Specialty Press or Amazon (https://www.amazon.com/Strike-Sea-Aircraft-Skyraider-1948-Present/dp/1580071325): 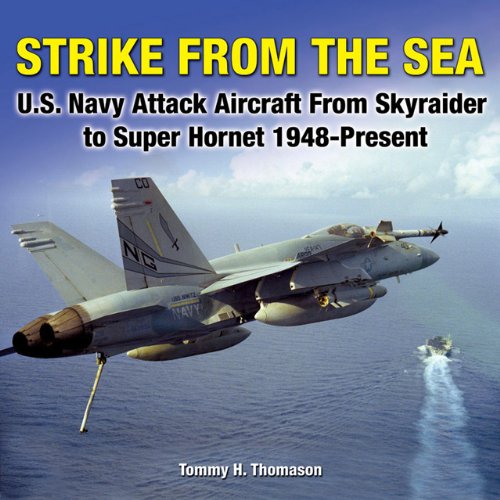 Note that there are other books with the same title...
Posted by Tailspin at 11:10 AM 1 comment: