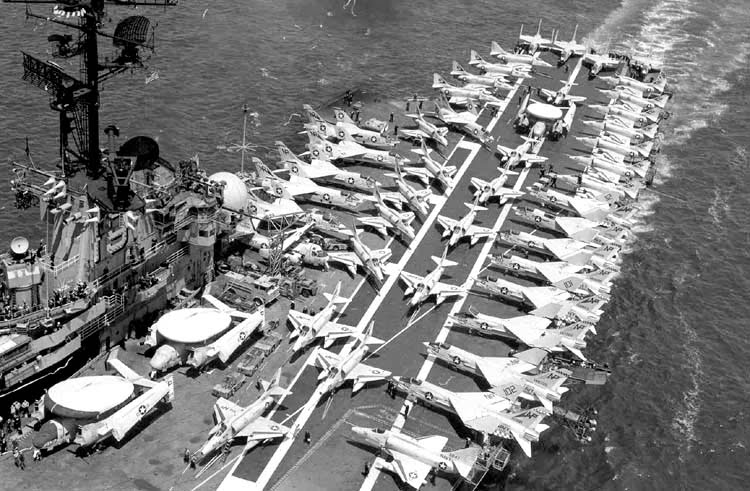 Steve Govus was on the flight deck of Hancock during its 1969/1970 deployment to the waters off Vietnam. Not only that, but he took pictures. For his first-hand description of the experience,  I recommend that you take a look at http://twentyseven-charlie.blogspot.com/.
Posted by Tailspin at 12:33 PM 2 comments: 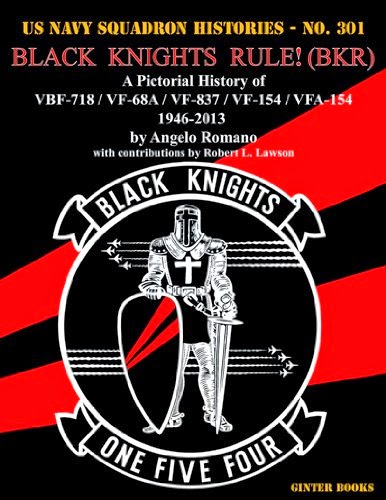 Angelo has a fantastic (and incredibly well organized) collection of photographs of U.S. Navy aircraft. In this case, he has used it, along with contributions from noted aviation photographer and former editor of The Hook, Robert L. (Bob) Lawson, to author an excellent pictorial history of the Black Knights, a U.S. Navy fighter squadron that was formally redesignated several times but retained its basic identity through the years.

In addition to being a reference work on the Black Knights squadron itself, it provides a comprehensive longitudinal depiction of a typical Navy fighter squadron from the post World War II Navy reserve Hellcats/Corsairs through to the F-18E/Fs of the "present day" along with all the color scheme and markings changes. Many of the pictures are in action, including the occasional incident. Angelo also provides a good synopsis of the need for and versatility of the aircraft carrier by detailing the deployments of the squadron: carrier, duration, and significant events.

Unlike previous Steve Ginter published monographs, which have color only on the front and rear covers, this one has color pictures on virtually very one of its 137 pages, taking maximum advantage of the photographs available from Romano and Lawson.

Black Knights Rule is available from the usual sources. Steve Ginter lists it here along with a summary description of the contents: http://www.ginterbooks.com/NAVAL/NL301/USN_SQ_Hist_301.HTM

Hopefully, and with your support (please buy this book), this is the first of several similar squadron histories that we will see from Angelo and Ginter. The material is ready and waiting.
Posted by Tailspin at 11:50 AM No comments:

I lived on NAS Sangley Point, Phillipine Islands, as a boy in the mid 1950s (my stepfather was the assistant Public Works Officer there). One anecdote I heard was about a station SNJ that was taken up for a check flight after heavy maintenance. When the pilot raised the gear, one landing gear went up and the other stayed down. Deciding to come back and land to check that out, he put the landing gear handle down, whereupon the gear that had retracted extended and the one that hadn't retracted, did so. He finally had to land on one wheel.
Another story was that an F4U was used to spray for mosquitoes after the war, probably using the rig developed to lay down screening smoke, a prewar tactic to preclude accurate targeting of warships like Langley here. 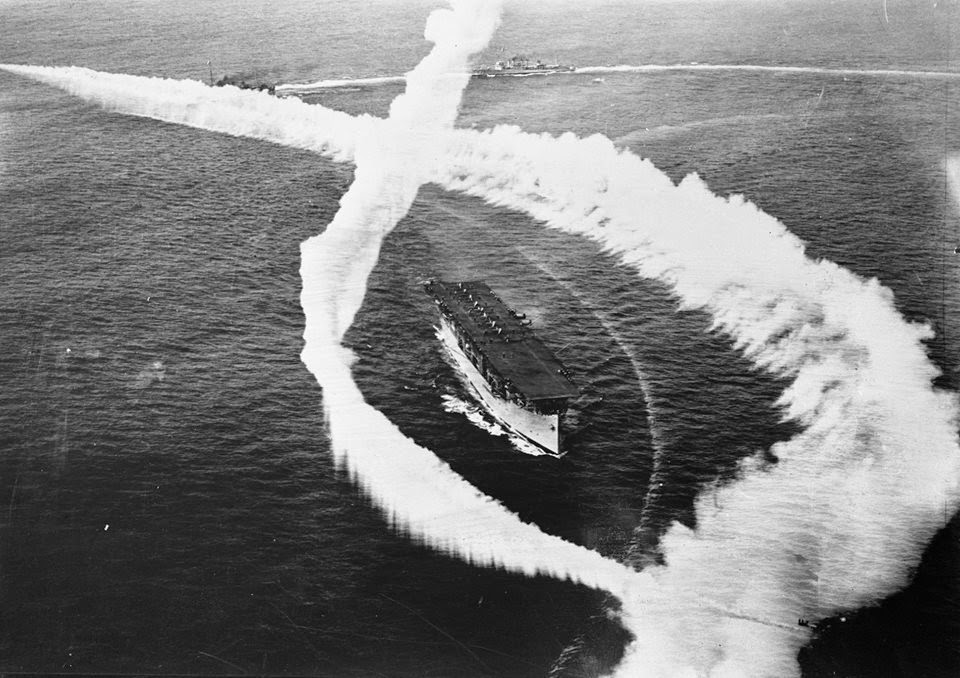 The best time to spray for mosquitoes was thought to be first thing in the morning when there was no wind. The best altitude, according to the story, was as low as possible. You can imagine what a bored fighter pilot (or wannabe fighter pilot) would do with that.

It turns out that both stories have a basis in fact, passed down orally by station personnel for ten years in this instance. By chance Dana Bell sent me a report of an F4U crash, with pictures, that had occurred on Sangley Point in July 1946. The pilot had been up early that morning spraying DDT for mosquito control.

When he went to lower his wheels for landing, the right main gear and tail wheel extended but the left main gear trailed. He then noted that his hydraulic pressure was low. He cycled the gear a few times with the same result. He then tried pumping the gear down and hard pullups. In the end, after raising the gear one last time, he attempted to extend it with the CO2 backup. Again, only the right main and tail wheel extended. And now there was no longer any hydraulic pressure so he couldn't raise the gear for a belly landing. Given the choice of bailing out or landing with one wheel extended and the other trailing, he opted to stay dry.

He wound up against the sea wall at the west end of the field.
At the time, Sangley Point was a maintenance facility designated as a Naval Air Base, NAB Navy 961. It subsequently became a full-fledged Naval Air Station. Corsairs, of course, would have been a dime a dozen at this point. Based on the configuration of the last three digits of the Bureau Number on the cowling, I would guess that this was a low-time airplane that had never been issued to an operating squadron.

This is a picture of Naval Station Sangley Point in 1965 (it couldn't be a Naval Air Station after Cubi Point was commissioned in accordance with a treaty with the Philippine Islands that limited the U.S. to one NAS in the Philippines). You'll note that it wasn't much more than a very big but immobile aircraft carrier. (It was a seaplane base before World War II; the runway was added after the Philippines were retaken in 1945.) 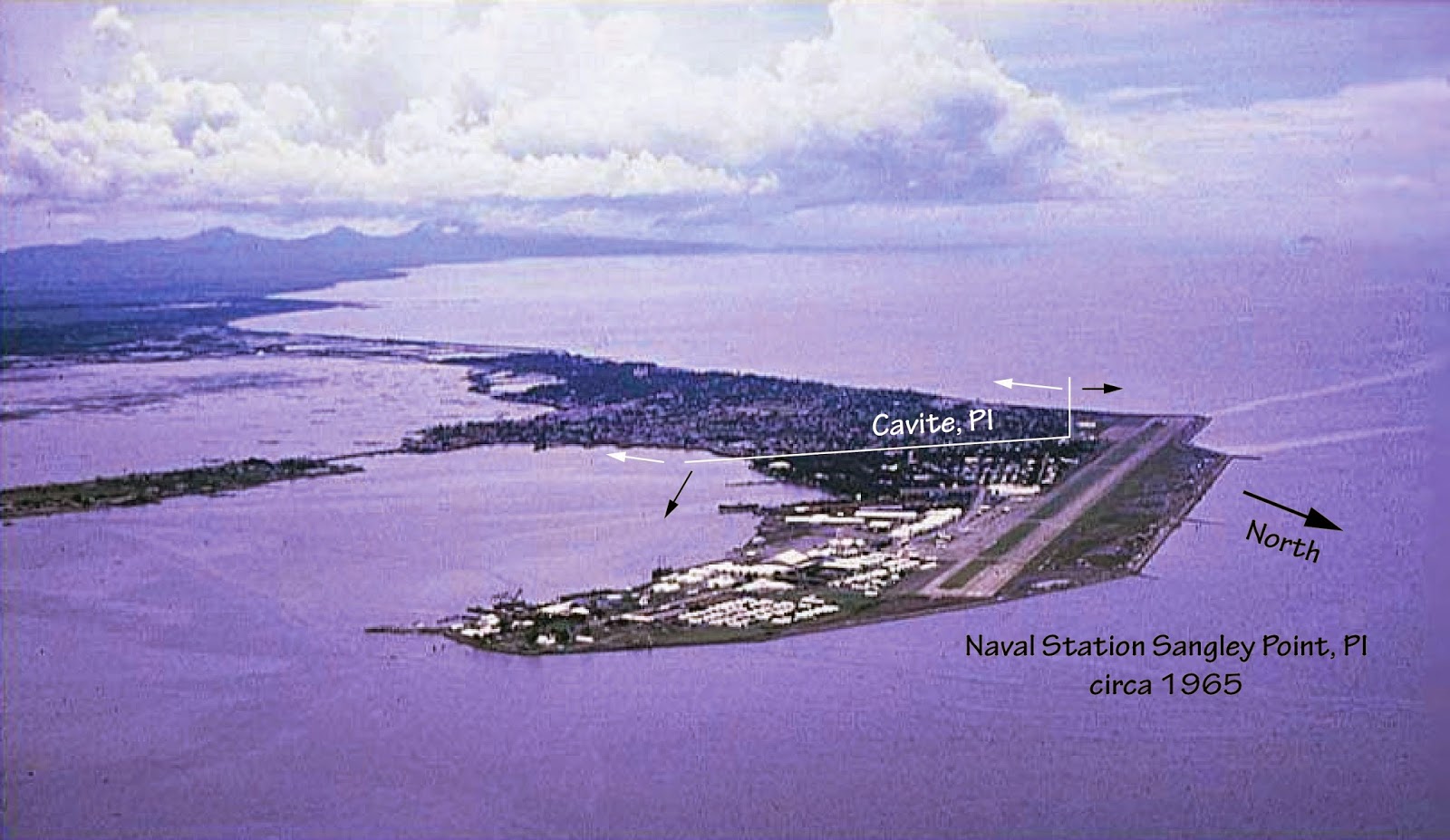