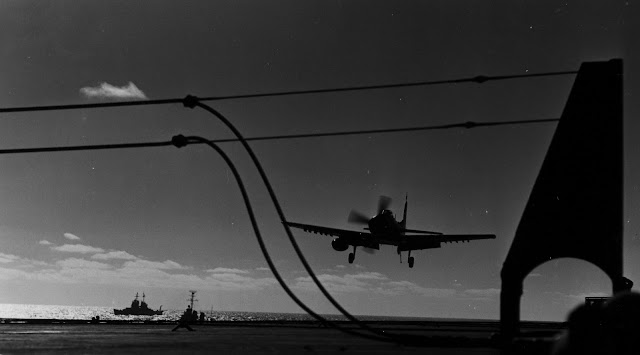 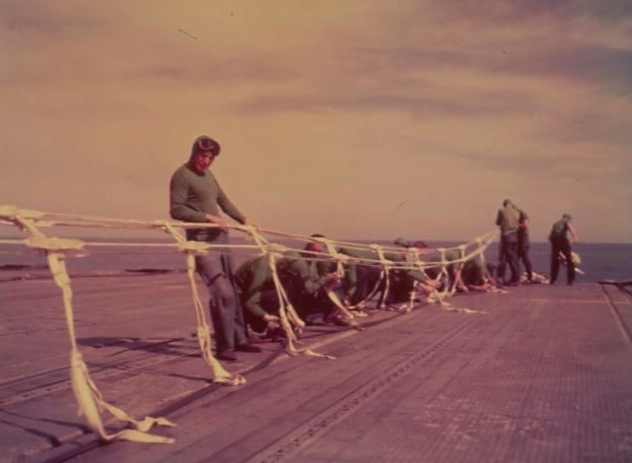 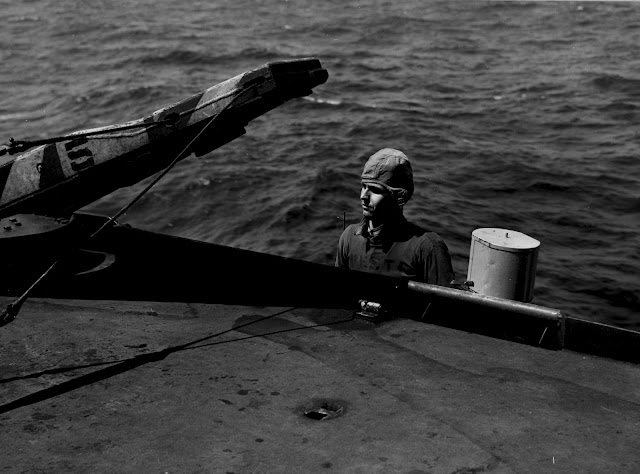 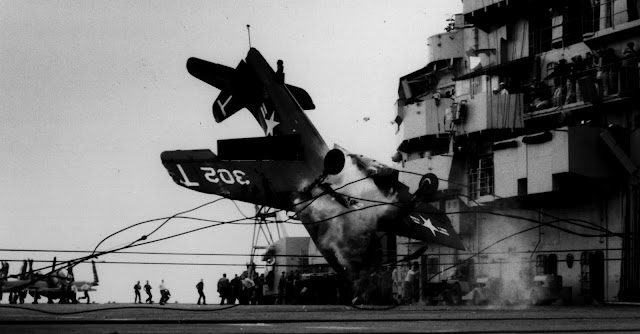 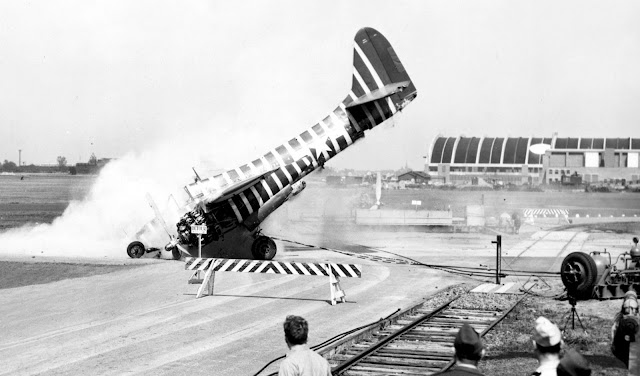 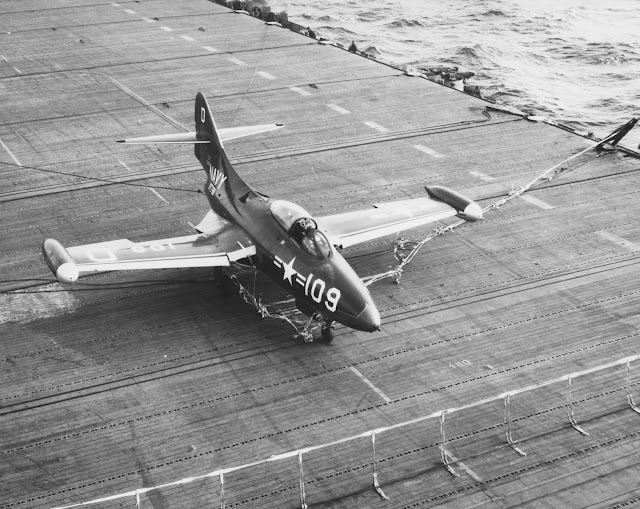 With the advent of the angled deck, barriers were no longer required. However, the barricade was still necessary if a jet had a landing gear or tail hook problem and couldn't land ashore. It is only rigged when required and the deck crews periodically practice erecting it on short notice and in only a few minutes.
Posted by Tailspin at 1:54 PM No comments: