Be Careful Out There

In the 1950s, the islands of most aircraft carriers were marked with a very visible caution about the danger of working around airplane propellers and jet exhausts. When launch and recovery operations were being accomplished, the flight deck was a particularly dangerous place to be. It was really dicey when a landing airplane missed all the arresting wires and crashed into the barriers, which were steel cables strung across the deck to prevent it from causing damage to the people and airplanes forward. This is an AD Skyraider about to do just that. 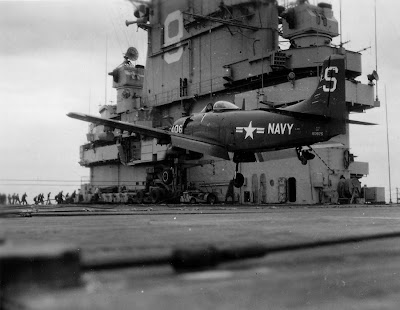 The warning on Yorktown's island was pointedly punctuated in October 1954 by an AD Skyraider propeller blade that broke loose during a crash similar to the one about to occur in the picture above. The blade is just visible between the R and the E of BEWARE. 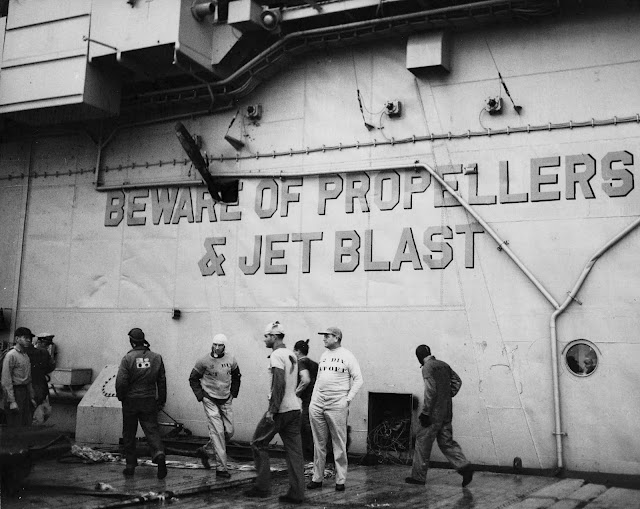 Posted by Tailspin at 1:43 PM No comments: