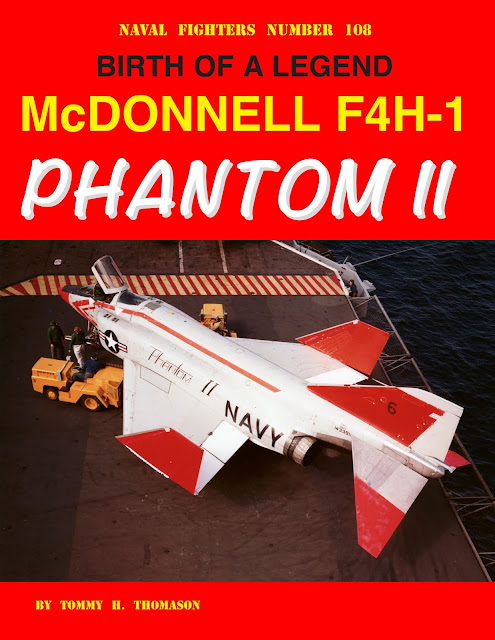 I've been perfecting my latest and very likely last monograph/book for almost as long as my first, U.S. Naval Air Superiority. At some point, however, you have to either declare victory or surrender if the material is to be shared with those of a similar interest. That time has come for me. Birth of a Legend will be published by Ginter Books (http://www.ginterbooks.com/NAVAL/NF108.htm) and should be shipping in mid-December, just in time for Christmas.

I recommend that you order directly from Ginter Books. It isn't much of any extra cost to you but benefits Steve significantly, enabling him to stay in business, releasing excellent monographs on subjects that the big publishers won't take a chance on. (If you like this one, order my XFL-1 monograph (http://www.ginterbooks.com/NAVAL/NF81.htm); it's pretty good if I do say so myself and he still has lots.)

As the title suggests, Legend is limited, so to speak, to a detailed history of the genesis, design, development, and initial training squadron use of the F4H-1. It is soft-cover, 8 1/2 by 11 inch, and 184 pages (more than 20 in color). It includes at least one picture of each of the first 47 F4H-1s, at least two of which were very hard to come by, as well as a summary history of each one from its first flight to the circumstances of its withdrawal from service. A description of each of the flights that resulted in records and two that tragically didn't is included.

Some of the content is fairly well known but some significant events, like the desk-top evaluation of competing designs at the Bureau of Aeronautics in mid-1954, the redirection of the program from a general-purpose fighter to a fleet-air-defense fighter, the incorporation of boundary-layer control, and the Navy's evaluation/acceptance tests are described in far more depth (and more accurately) than previously. (The fly-off against the Vought F8U-3 was previously covered in detail in Ginter's Naval Fighters No. 87 but is summarized here.)

As is customary in aircraft development programs, changes had to be made as a result of both problem resolution and mission "creep". This is described with numerous illustrations and a configuration summary. A summary of the differences between the 47th F-4A (the redesignation of the first 47 F4H-1/F4H-1Fs) and the 1st F-4B is also provided, with two, the engine inlet and the inflight refueling probe, covered in detail.

Like most Ginter monographs, there is a short modelers section that lists the few kits and conversions that are available for the early Phantom IIs. However, the detail provided in this one will be essential to creating an accurate model of one of the first 47.

However well you know the F-4, I'm sure that you will find information within these pages that you did not know or were misinformed about and pictures that you have not seen before.