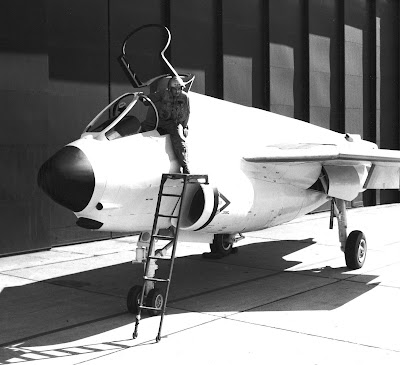 The Navy's VA(L) was to be a single-seat, single-engine attack airplane with an overload mission of 12 Mk 82 (500-lb) Snakeye bombs delivered at a radius of 600 nautical miles. Another key requirement was that it be "a modification of an airplane currently in the Navy inventory." The payload/range favored the use of the Navy's new TF30 engine.

Grumman considered proposing either a TF30-powered F11F or a single-seat modification of its A-6 Intruder with a single seat but the existing engines. The latter's size enabled it to easily exceed the payload/range requirement even though it did not have the fuel-efficient turbofan engine. (Although the A-6's size was a drawback from the spot factor standpoint, it could be mitigated by folding the horizontal tail; see http://thanlont.blogspot.com/2009/06/minimizing-spot-factor.html.) Grumman decided to offer the A-6 derivative believing that the low development cost and commonality with an existing airplane in the air group would trump the somewhat higher unit cost.

Douglas proposed a supersized version of its A4D.

North American did the same with its FJ-4. 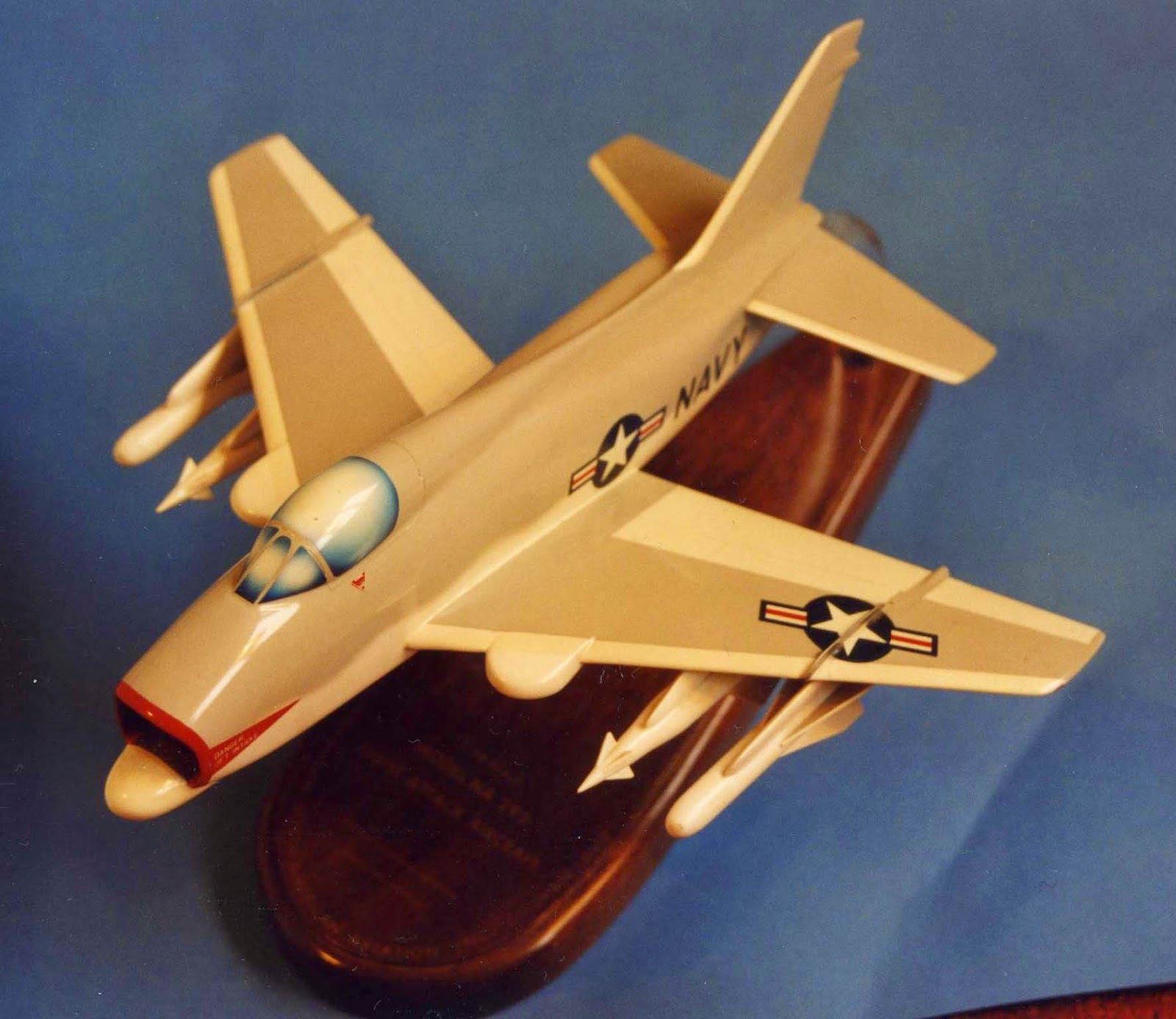 Vought won the VA(L) competition with an F8U Crusader derivative with an even more creative interpretation of the "modification" requirement than Douglas or North American proposed.

For a last minute change in the Vought proposal, see http://thanlont.blogspot.com/2009/06/it-takes-all-running-you-can-do-to-stay.html
Posted by Tailspin at 6:38 AM 3 comments: 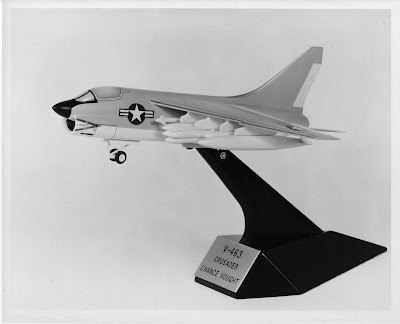 Vought went all out for the 1963 VA(L) competition. The Navy wanted six main stores stations. Vought decided to propose eight, plus the pylon on each side of the fuselage for Sidewinders. The Navy thought that eight was more than enough, too many in fact. Otherwise, Vought's proposal was exactly what the Navy wanted and superior overall to the ones from Douglas, Grumman, and North America.

Thanks to the Vought Aircraft Heritage Foundation for the photo.
Posted by Tailspin at 12:40 PM No comments: 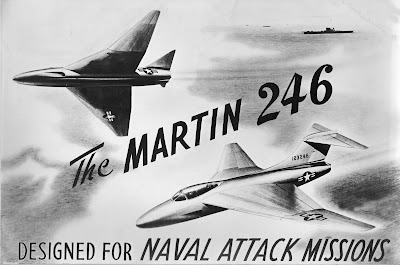 In May 1949, Martin submitted a proposal to BuAer for a two-seat, twin-engine, carrier-based jet attack airplane with the Martin rotary bomb bay.

My guess is that it was an attempt to take advantage of the A2D troubles at the time. Douglas got a letter of intent for the T40 turboprop-engine-powered A2D in June 1947. It was supposed to fly in March 1949. Because of T40 engine problems, it didn't fly until May 1950.

Thanks to the Glenn L. Martin Maryland Aviation Museum for the illustration.
Posted by Tailspin at 10:37 AM 1 comment: