Baby Steps for the Tip of the Spear

One of the U.S. Navy's first airplanes was a swept-wing biplane with no horizontal tail. Burgess was a U.S. shipbuilding company that got into the airplane business in 1910. Beginning with Curtiss and Wright designs, it built airplanes under license for several years. It also bought a manufacturing license for the Dunne D.8 that was developed by John Dunne in England. The Navy bought at least a few as the Burgess-Dunne AH-7 in 1914.

The sweep of the wing was obviously not for speed but to move the pitch control surface far enough aft of the center of gravity to provide sufficient pitching moment for control of angle of attack.

At least one was fitted with bomb racks, one under each wing as evidenced in this picture taken at Pensacola in September 1916. 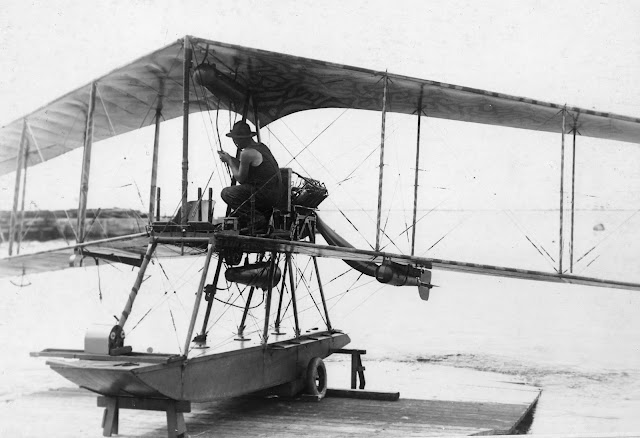 The bomb looks almost home made... 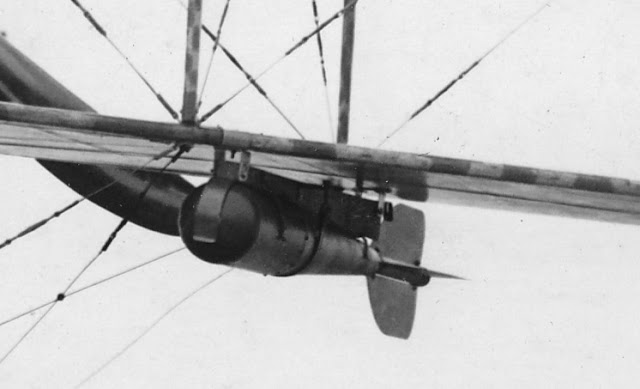