In the mid-1950s, several Essex-class carriers were repurposed from attack to antisubmarine warfare and redesignated from CVA to CVS. Although the air groups primarily consisted of ASW and AEW (Airborne Early Warning) aircraft, some deployments were made with a fighter detachment for self defense. The first few of these were provided by the VC squadons that operated all-weather fighters, which in this case was the propeller-driven F4U-5N. 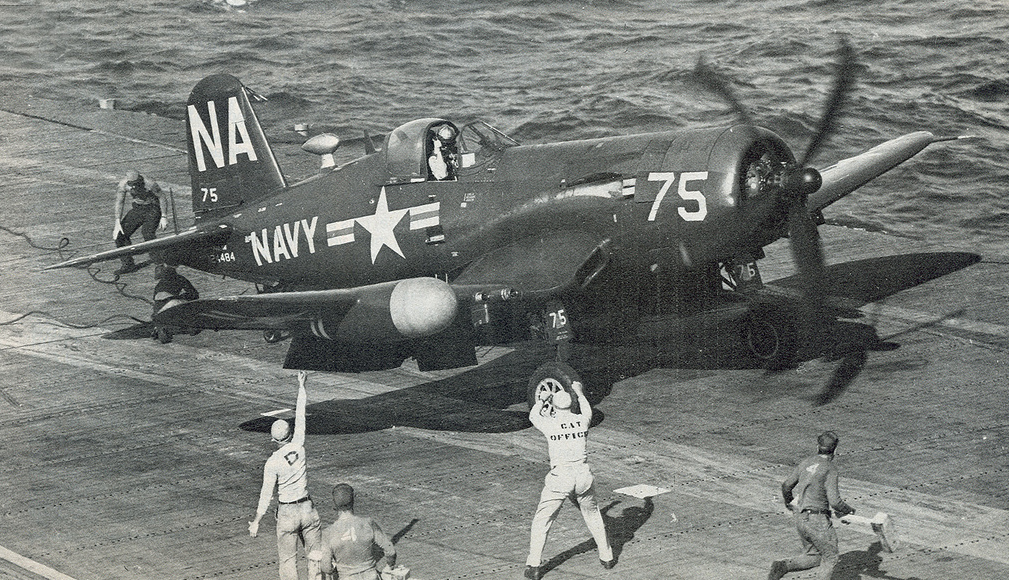 It was recognized, however, that jets were more appropriate and a few detachments of different jet fighter types were provided by attack squadrons in the late 1950s. The mission was then assigned to attack squadrons (and in a couple of instances, Marine Headquarters & Maintenance Squadrons) operating A4D Skyhawks. These detachments were equipped with Skyhawks that had been modified with Sidewinder missile capability. 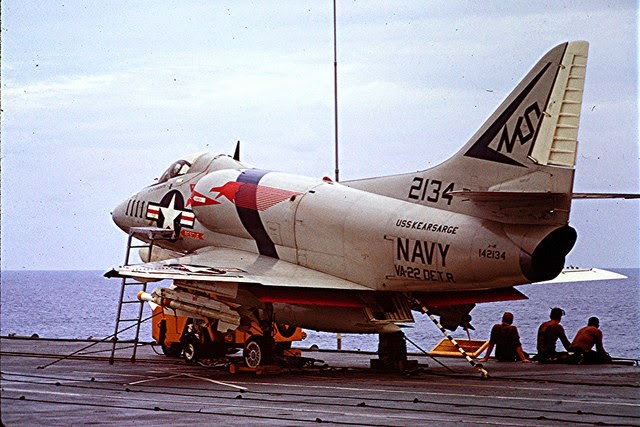 The requirement was eventually formalized with the creation of two VSF squadrons operating A4Ds.

Note that VSF-3 appears to have borrowed a VSF-1 external fuel tank.

For more on the A4D fighter assignment and the VSF squadrons, see Scooter! or Boom Powell's excellent article in The Hook magazine here: http://www.oldro.com/VSF_article_Sp06.pdf

The last detachment before the assumption of the role by squadrons operating Skyhawks was the most unusual. VAW-11, a large squadron providing AEW and radar countermeasures detachments to deploying air groups, was assigned a dozen F2H-3/4 Banshee all-weather fighters. As far as I know, the only deployed detachment, P, went out with Hornet, a newly designated CVS, from April to October 1959. 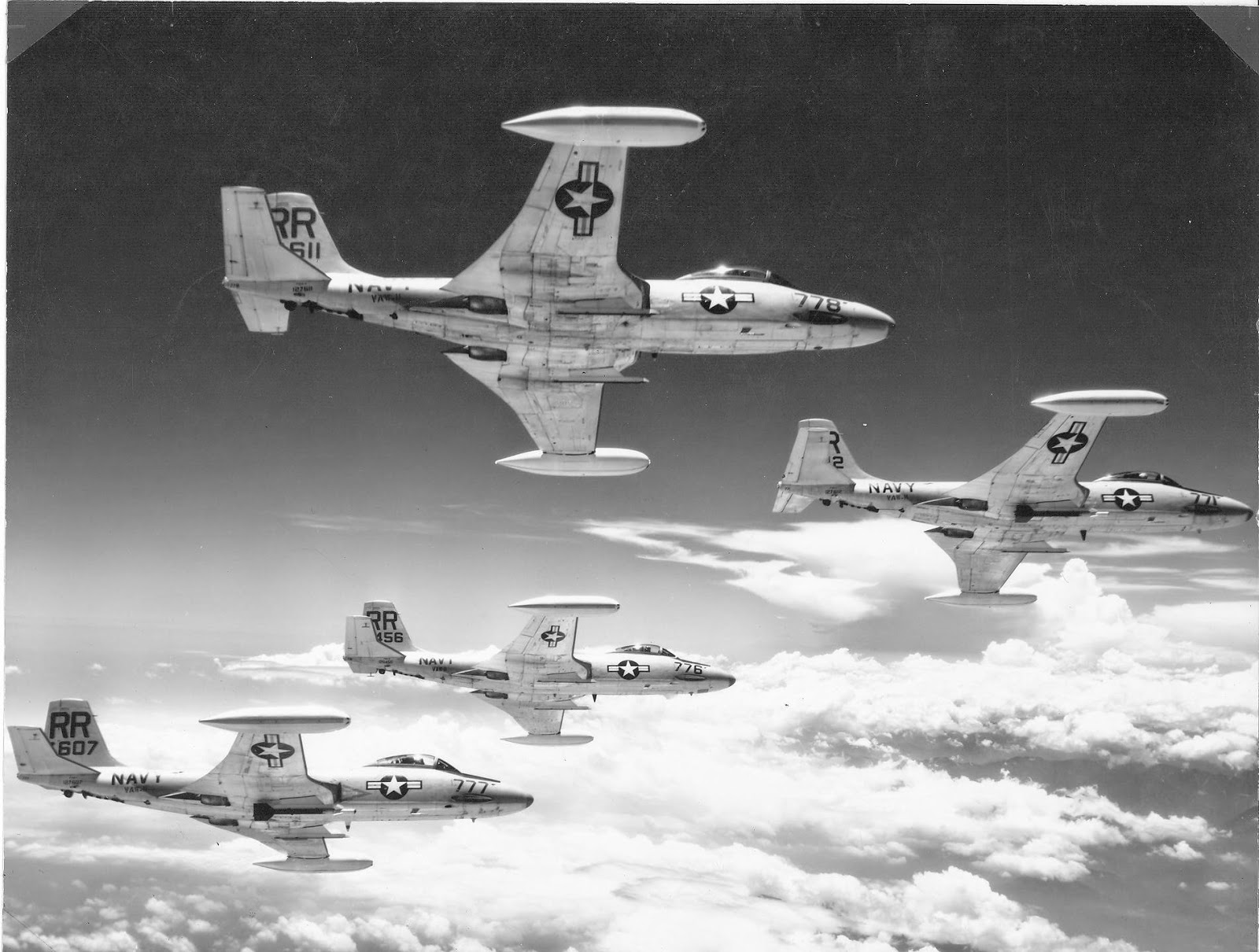 Note that the Banshees have Sidewinder capability and are marked with the VAW-11 tail code RR. For some reason, there were no AEW airplanes provided for the deployment, which would have reduced the Banshee's effectiveness at defending the carrier. However, they at least had all-weather interception capability, something the A4Ds lacked entirely.

More photos can be found on the Hornet Museum's excellent website here: http://www.usshornetmuseum.org/PhotoGallery/gallery.php?galleryFolder=1959_CVS12_Ballenger_Collection (to go to the home page or an index for the rest of the photo gallery, click on the icons at the top of that webpage).
Posted by Tailspin at 1:05 AM 2 comments: