It's widely reported or at least implied that the U.S. Navy's first jet airplane, the twin-engine McDonnell XFD-1 Phantom, made its first flight on 26 January 1945 with only one engine installed. Unfortunately, no picture of that momentous event appears to exist, probably because of wartime secrecy. The following picture is of the second XFD-1, which was used for the at-sea carrier trials (you can just see some of the Davis barrier actuation framework in place ahead of the windscreen), and taken some months later. 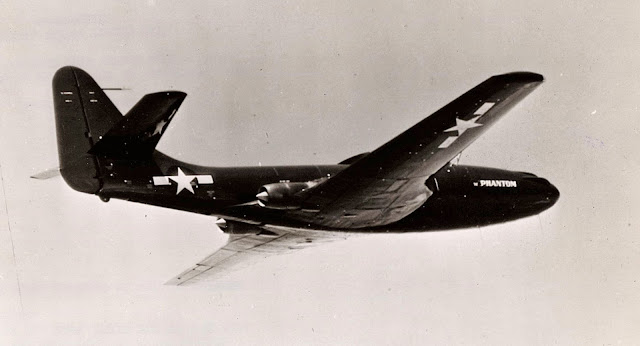 My fairly well-informed assessment is that this story is apocryphal and resulted from the conflation of two separate events:
1) Early January 1945 high-speed taxi testing at St. Louis with only one engine installed because only one was available. Accomplished prior to an actual up-and-away flight, these are baby steps to evaluate control response, stability (albeit in ground effect), acceleration, braking and steering effectiveness, etc. On at least one of these test runs down the runway the Phantom was briefly airborne, which is not uncommon but certainly does not constitute a flight as it is generally understood.
2) An actual first flight with two engines installed on 26 January 1945.

The single-engine taxi test culminating in a "hop" is documented except for the date. In an article in the September 1946 issue of Aviation, Kendall Perkins (at that time McDonnell's Assistant Chief Engineer) wrote "the first plane, after a number of preliminary tests, made its initial hop (rising a short way off the ground) before the second engine had been installed." In 1981 he gave a presentation on "McDonnell's First Phantom" to the Aeronautical History Society of St. Louis during which he said:

"Well anyway, we flew the airplane in I think it was January of '45, was (sic) the first time. The one interesting, unusual thing about the first flight was that some people didn't even call it a first flight. We took it out of the hangar and we only had one engine at that time. We couldn't get delivery on a second engine, but we were so impatient to get started on taxi testing that we said, well we can taxi it on one engine so we just left a big hole on the other side and taxied it out on the runway and ran it up for a few hundred yards and taxied it back and ran it up a few hundred yards more and it wasn't long before he just took it off the ground. Actually it flew about half way down the runway on just one engine. I don't know whether that a longer flight than the first Wright brothers flight but I suspect it was."

In an undated paper*, "Developmental History of the McDonnell FD-1 or FH-1 Phantom", prepared by the Historian's Office in the Naval Air Systems Command, Washington, D.C. the author(s) wrote:

"(The 19B) engine performed well enough in the October (1944) tests to be delivered to the McDonnell plant, but the XFD-1 needed two engines and only one was on hand; a second was simply unavailable due to technical difficulties. As a result, McDonnell engineers had to be content with installing the single engine and conducting taxi tests at their plant. The second engine finally arrived, and on 26 January 1945 the XFD-1 flew for the first time. The aircraft flew twice that day for a total flight time of 49 minutes."

It seems likely that the author(s) would have used primary sources when writing this paragraph.

An online Phantom summary that doesn't reference primary sources but seems to be credible and provides specific dates: http://tanks45.tripod.com/Jets45/Histories/FH-1/FH-1.htm

In summary, it states that the single-engine "hop" was accomplished on 2 January 1945 with a second engine arriving on 4 January. It was installed for the first flight accomplished by Woodward Burke on 26 January. It also states the flight time on that date as 49 minutes, which is clearly more than a hop.

I'm still hoping that someone comes up with McDonnell test reports from January 1945 that documents whether the up-and-away first flight, as opposed to the "hop", was on one engine or two.

*One of the end notes references a book published in 1972.
Posted by Tailspin at 3:08 PM 4 comments:

A History of the Northrop Corporation's Projects 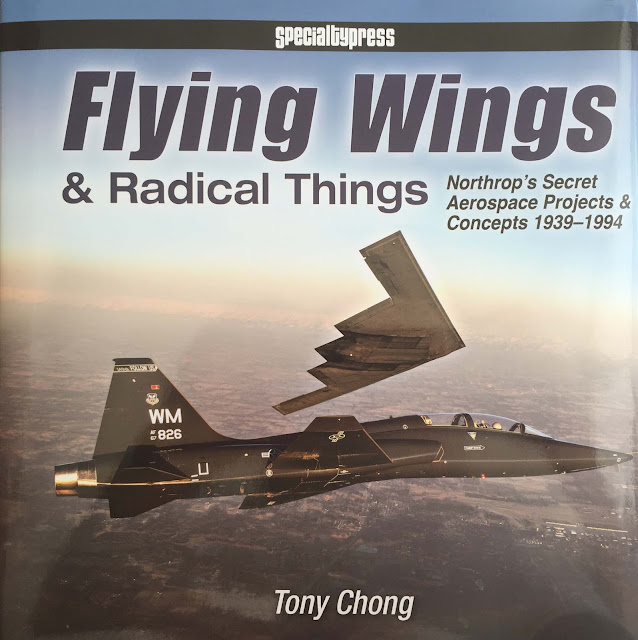 The title and subtitle pretty much summarize the contents in this excellent Specialty Press publication authored by long-time Northrop employee Tony Chong. And a wonderful collection of drawings, illustrations, and pictures it is, tied together with a narrative describing the ups and downs of Northrop over six decades of rapidly changing aerospace technology. Many of the projects described never progressed very far after being created by the predesign group but they provide a comprehensive sense of the company's changing and evolving raison d'etre and business fortunes.

Why recommend this book in a U.S. Navy Aircraft History blog? The answer is that Northrop proposed or considered proposing on Navy programs many times, almost all of which are probably described here. Although Northrop was never successful in that regard, not counting its contribution to the genesis of the F-18, those projects (several of which were new to me) provide a fresh and fascinating look at the Navy's aircraft mission requirements and program competitions over the years.

The book also illustrates the function of an aircraft company's preliminary design department, which is not only to respond to company marketing but also to explore new configurations and concepts for not only existing markets and requirements but those not yet defined or acknowledged. Most go unrequited but the process always has the potential for new business.