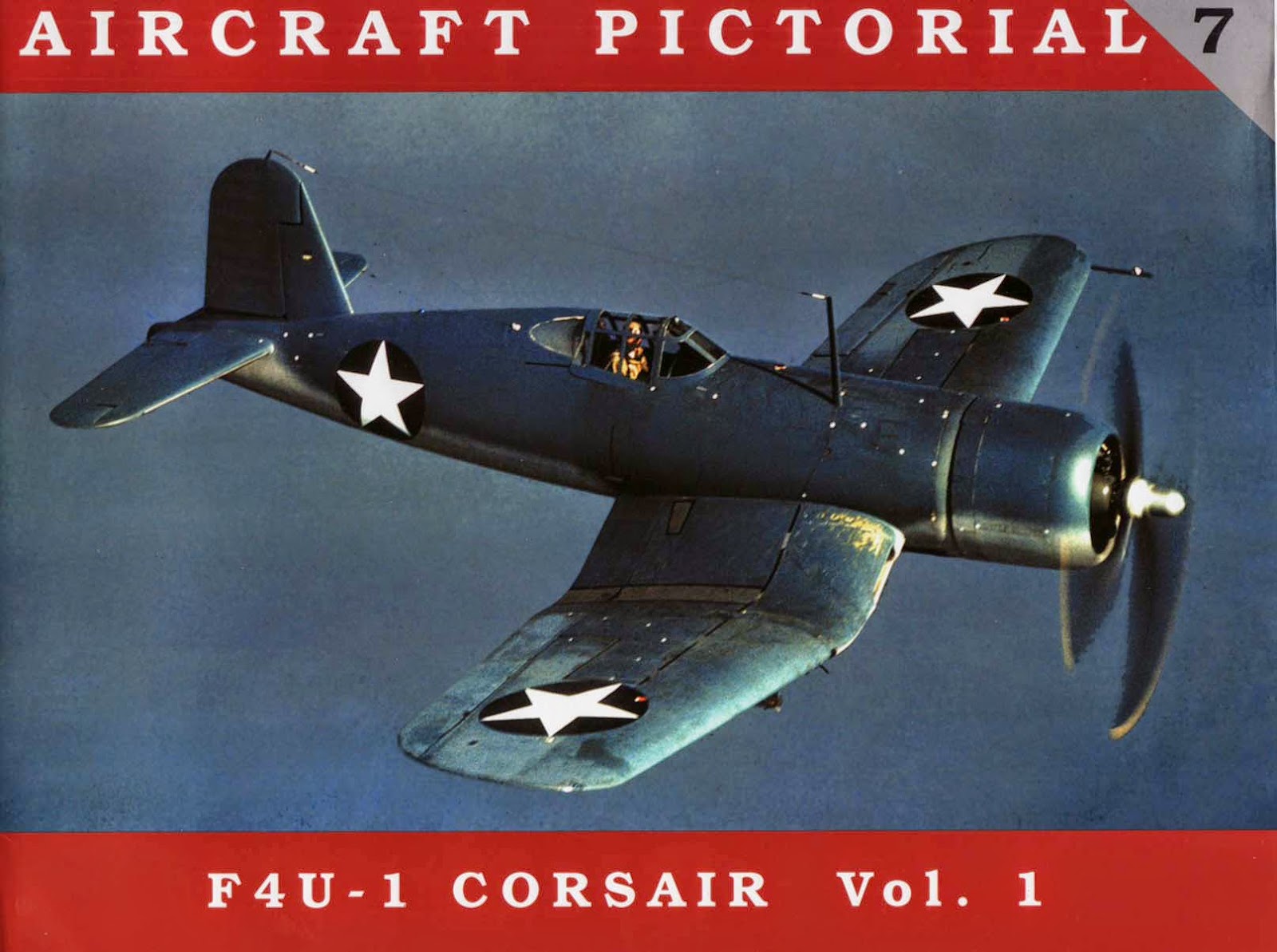 Dana Bell's long awaited monograph on the F4U-1 Corsair is finally available. There are many books and articles available on the F4U. I can say, because I have a goodly number of them in my collection, that none are quite as deeply researched or as sharply focused as this one is. It is a relatively slim volume, only 72 pages between the soft covers, but every page has a photo or illustration of interest, many of the former in color. I am very pleased to write that it contains information and facts about the Corsair of which I was previously unaware and should be taken as gospel, based on the depths that Dana has plumbed at the National Air and Space Museum and the National Archives. Most notable are these two: there was officially no F4U-1A and the cause for the Navy not deploying Corsairs on carriers initially was not due to unsatisfactory deck landing characteristics. (One proof Dana cites for the latter is an evaluation aboard Woverine that concluded it was very easy to land aboard; I may have missed Dana's mention of it but that carrier was one of the two converted side-wheeler excursion ships plying Lake Michigan as training carriers: it was not only short, it was slow.)

Some things this excellent volume is not: a compendium of war stories, list of squadron assignments, tables of performance attributes, or overall operational history. All that is available elsewhere. What it is: a detailed and well-illustrated document that describes the configuration, configuration changes, and color schemes (internal and external) of the so-called "Birdcage" Corsair during its initial flight test and operational usage, both U.S. and U. K. (Volume 2 will, Dana promises, cover the raised cockpit F4U-1, aka F4U-1A.) As such this work will not appeal to everyone, as fascinating as it is to me. If you are a Corsair fan, however, almost every page contains something of interest that you probably didn't know and likely is mentioned in no other Corsair reference.

For example, a picture of the early 20-gallon (your car's gas tank probably has less capacity) oil tank mentions that a larger tank was substituted to account for oil consumption on longer missions when greater endurance was provided by the addition of external tanks; however, a decal was placed on the larger tank to advise the ground crew not to fill it with more than 20 gallons of oil when external tanks weren't fitted in order to minimize weight. A revelation was the reason for the almost standard application of tape externally to the panel lines around the fuselage fuel tank. It turns out that it was to keep spilled gasoline out of the interior of the fuselage aft of the firewall when the tank was being filled because the result was sometimes a fire.

If Dana hadn't thoughtfully sent me a copy, I would have been first in line to purchase one based on his previous work and personal knowledge of his research diligence and insistence on the use of primary-source documents.
Posted by Tailspin at 3:30 PM 1 comment: