2 August: Well, this is embarrassing. I inadvertently reversed the designations of Inflight and Free-Flight. Thanks to Oscar Meyer for the correction.

If you're unfamiliar with the function of the tailhook in carrier landings, I suggest you look at this blog post first: https://thanlont.blogspot.com/2011/12/brief-history-of-tailhook-design.html

While "Inflight" and "Free-flight" would seem to be very similar if not identical conditions, as terms of art in carrier aviation, they are very different although separated by a very fine line. For one thing, both occur when the airplane's tailhook picks up an arresting cable (Cross Deck Pendant or CDP, another term of art) before the landing gear touches the deck. The critical difference is the airplane's vertical velocity at that moment: in an free-flight engagement, it is negative (a descent) or zero; in a inflight engagement, it is positive (climbing).

Free-flight engagements are not uncommon and generally benign. They often occur simply because the hook point is almost always below the main landing gear wheels as the airplane approaches the deck and the hook point is not very far from picking up a CDP when it meets the deck: https://www.youtube.com/watch?v=AvqNyf4E0M8

The F-35C hook point location relative to the wheels with the airplane about to touch down is an exception, but it still looks like an free-flight engagement might sometimes result:

Note the location of the tailhook on this TBM relative to the main landing gear as the LSO gives its pilot the cut, which will result in the Avenger sinking relatively steeply to the deck: 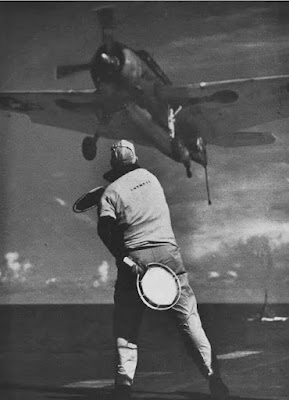 Both the flat approach to a cut that was used before the flight deck became angled and the descending approach guided by the visual landing system used thereafter reduced the likelihood of an free-flight engagement because of the steepness of the descent combined with wind over deck resulted in the hook point being on the deck for a relatively short distance before the main gear touched down. But they occurred: 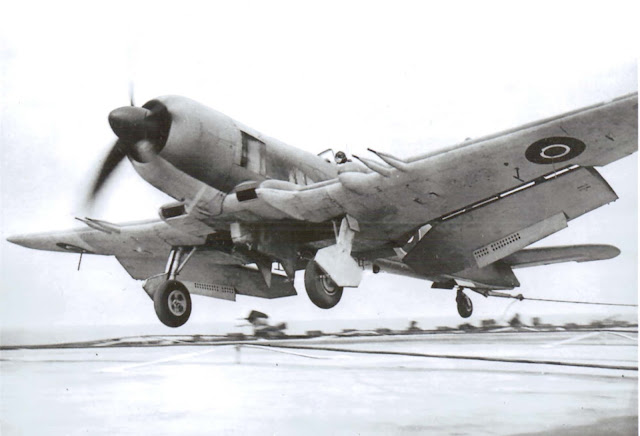 A inflight engagement, on the other hand, is likely to result in significant damage. It is usually caused when the pilot tries to salvage a bad approach with an aggressive addition of power and/or aft stick: 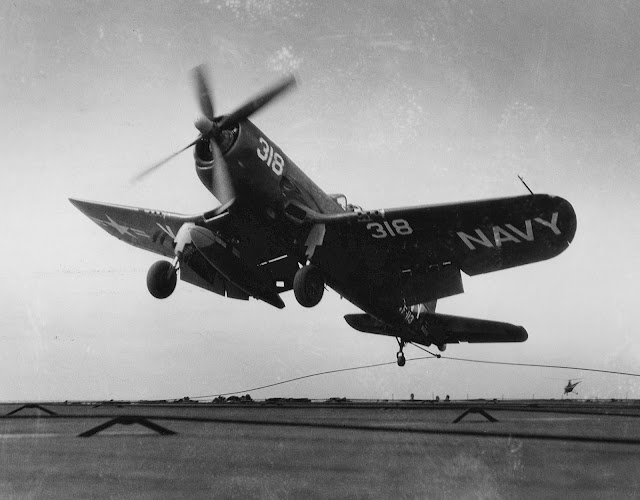 Some have suggested that this Corsair had simply bounced, given its early reputation for doing so. I think not. One possibility is that the pilot decided to initiate a wave off after being cut by the LSO, which was verboten. In any event, the outcome was almost certainly very hard on the airplane.

This looks more like a bounce but it's hard to be certain without seeing earlier pictures of this particular landing.

An SU-33 aborted landing to a Russian carrier could have resulted in one of the worst inflight engagements of all time: