Not too bold a claim, since as far as I know, it's the only one. However, it's got a lot of stuff in it on the F8U-3 and the Grumman D-118 that I'm sure you've not seen as well as coverage of the fly-off between the F8U-3 and the F4H. You can order it from Steve Ginter here or from Sprue Brothers here. 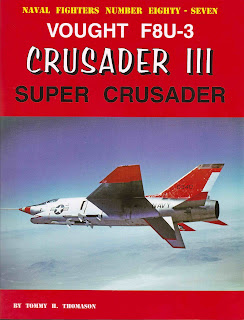 No matter how long I procrastinate before turning in a manuscript and illustrations, something always shows up after it's too late to include. In this case, the go-to guy for F3D stuff, Paul Bless, sent me an email with the following additional information:

I believe that the heads-up display in the F8U-3 was one of the first in a combat aircraft. It was developed by the Autonetics Division of North American Aviation and test flown in F3D-2M BuNo 127028, which was assigned to the Dallas BAR (Bureau of Aeronautic Representative) in 1956 through about 1960 when it was transferred back to Point Mugu. 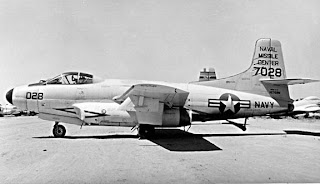