The amount of organization information displayed on U.S. Navy carrier aircraft underwent some interesting changes between the Korean War and the Vietnam War. For example, the F2H-2 Banshee in the early 1950s displayed the branch of service (Navy), a tail code (F) that represented the air group it was assigned to, and a three digit number on the nose, the first of which indicated in this case that it was an airplane in the first squadron in the air group.

Toward the late 1950s, the basic color scheme had changed from overall blue to gray over white and identification of the squadron that the airplane was assigned to was generally being marked on it, as shown on this VF-61 F3H.

Finally, in the early 1960s, the name of the carrier to which the air group was nominally assigned was usually added to the markings, as in the first F4H deployment, which was VF-102 on Enterprise.

I hadn't paid much attention to when the carrier name first began to appear on the airplanes, although it was clear that there was a time when it wasn't and then it was. I found the answer by happenstance in an excellent monograph by Angelo Romano, NAVA 1 Naval Air Weapons Meet, 1956-1959. 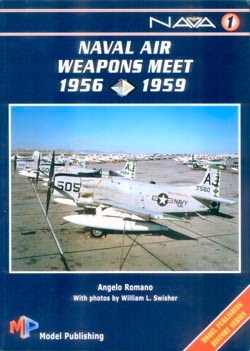 These meets were competitions between selected east coast and west coast fighter and attack squadrons (fighters only the first year) for aerial gunnery (fighter) and bombing accuracy (attack). They were held annually from 1956 through 1959 and then never again.

This monograph is beautifully illustrated with high-quality reproductions, many in color, of images taken by noted aviation photographer William L. Swisher at the competitions in each of the four years.

It can be purchased here, http://www.aeroslides.com/modelpublishing/book-store.html. Also note the availability of an illustrated history of Carrier Air Wing One: Part Two 1957-1973, which is also highly recommended, at a discount if you buy it along with NAVA 1. (Too bad for you that NAVA 2 is sold out, at least from Model Publishing, if you don't have it.)

What caught my eye was that in the fourth and last year of the competition, the name of the carrier that each east coast squadron was assigned to was prominently marked in red on the aft fuselage, apparently specifically for this event. 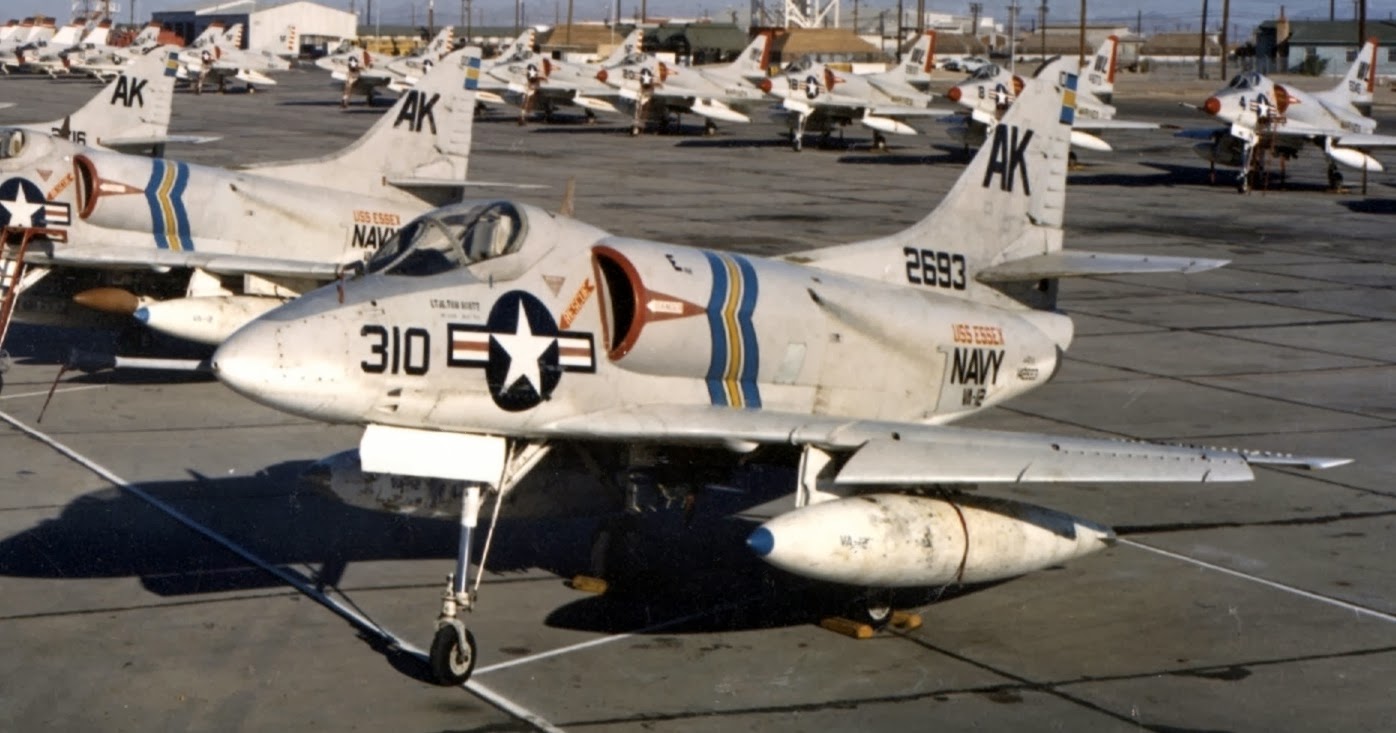 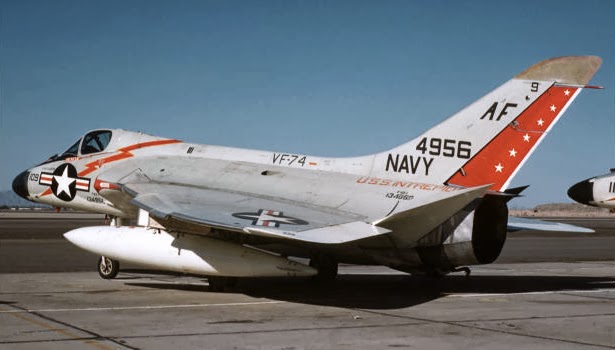 I don't know whether the Commander Naval Air Forces Atlantic decreed the addition for the morale benefit to the ships company or the east coast squadrons got together and decided to do it for their esprit de corps but in any event, the added marking became almost immediately fashionable on both coasts.

Even the Mighty Will Someday Exist Only in Memories 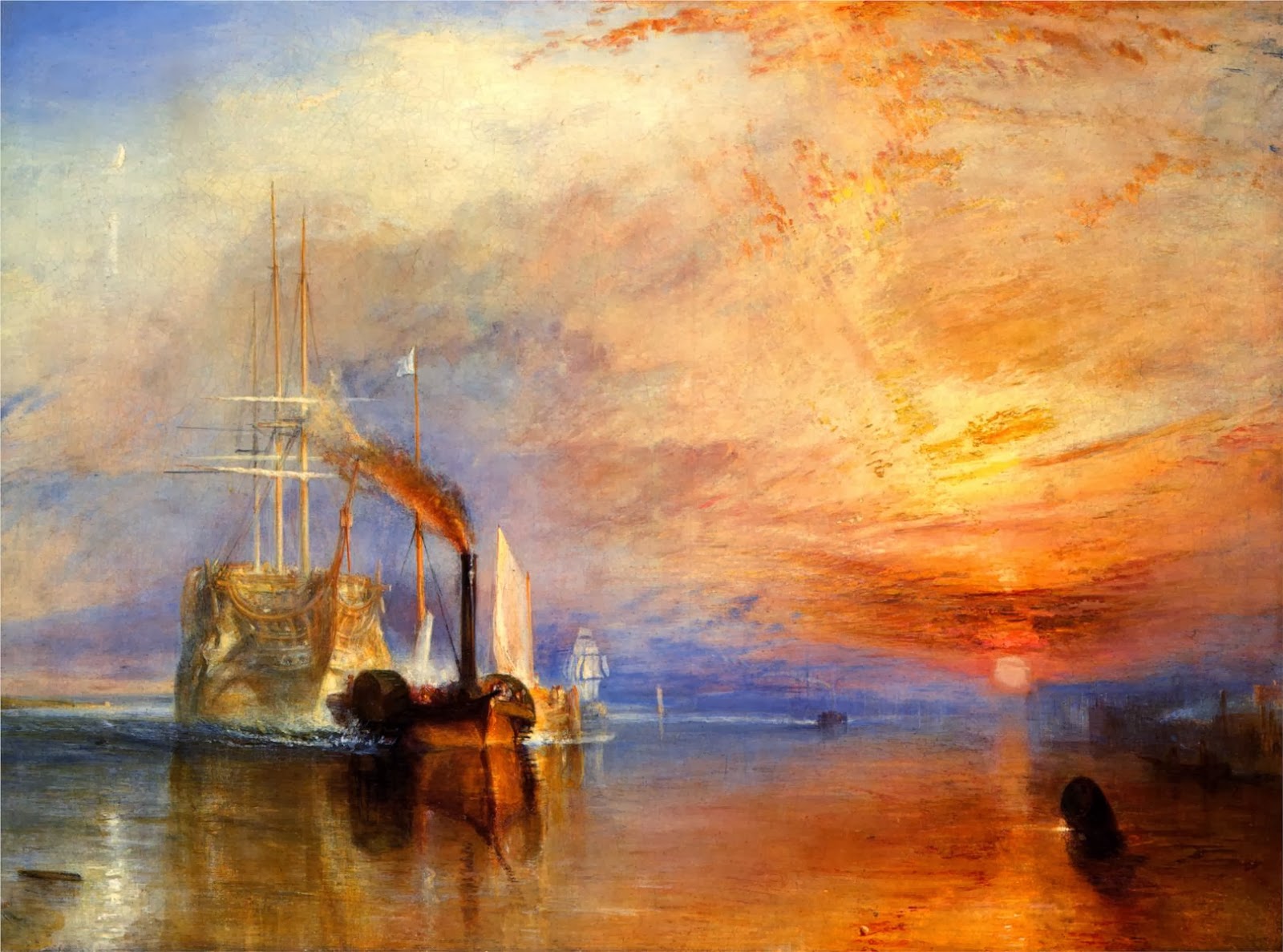 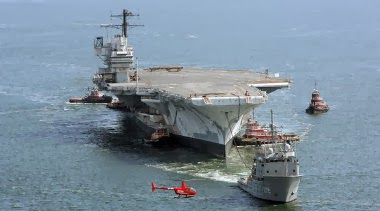 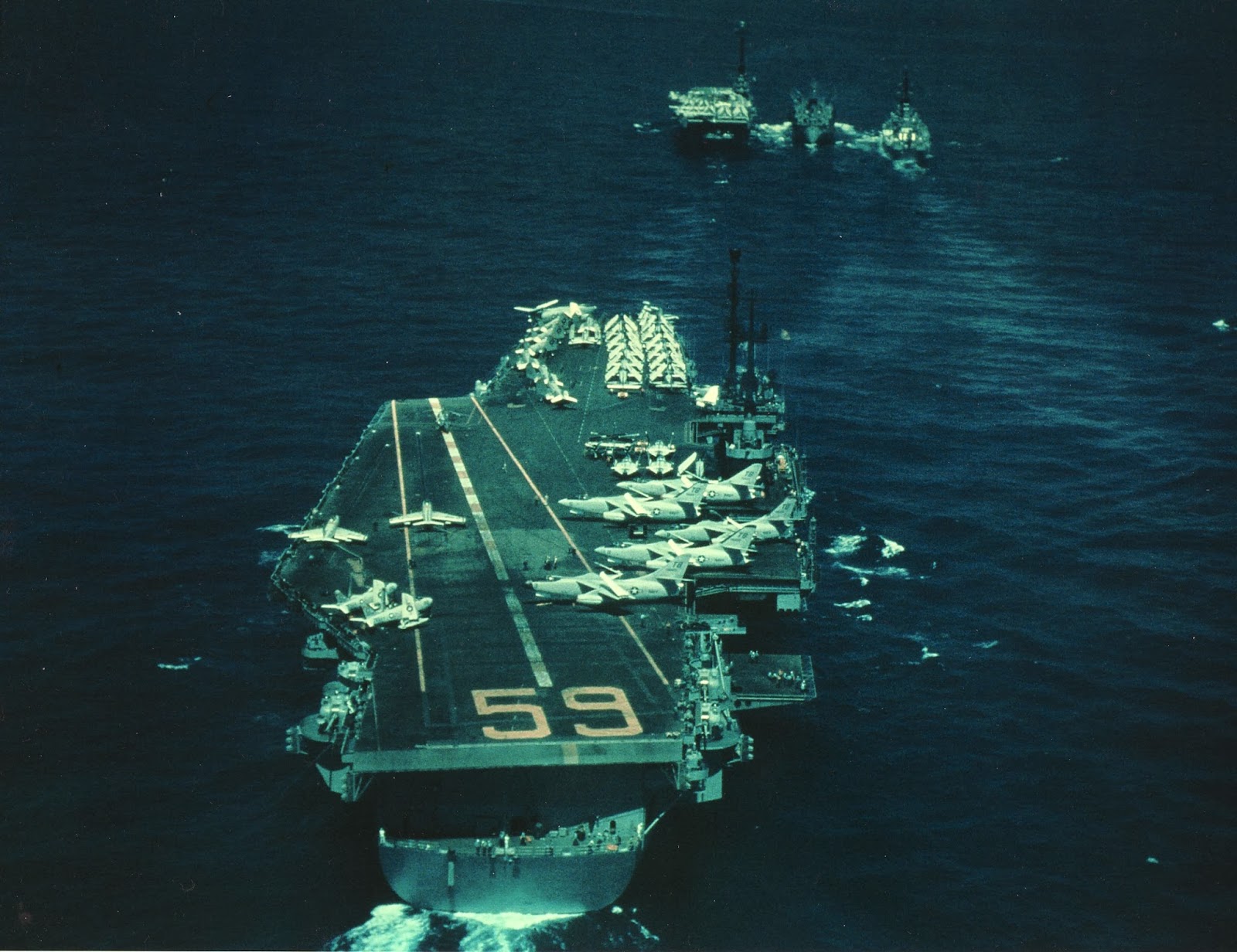