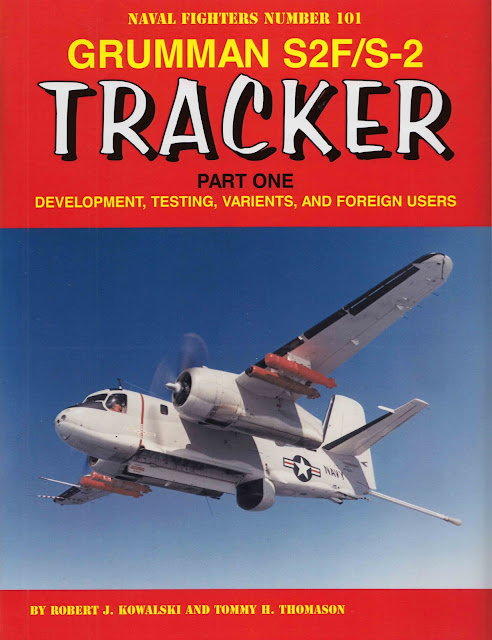 Finally (it's been a work-in-progress for a long time). It's currently being printed and should be on Steve Ginter's website (http://www.ginterbooks.com/NAVAL/NAVAL.htm) shortly. My coauthor, Bob Kowalski, was one of the earliest Navy S2F pilots; I got to sit in one with my mother about that same time. 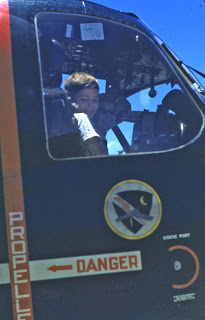 And in 1993, I got to fly one, courtesy of what is now Cascade Aerospace.

I can assure you that there's stuff in this monograph that you haven't seen before. 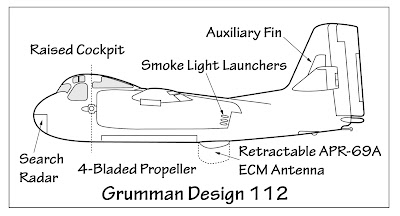 In summary:
The Grumman S2F (S-2) was developed to meet a specific mission requirement, carrier-based antisubmarine warfare. It proved to be so useful and adaptable that it is still in military and civil service more than 60 years after it first flew in December 1952. Richly illustrated and personalized by Tracker pilots and crewmen anecdotes, Grumman S2F/S-2 Tracker describes its evolution from initial requirement to eventual replacement including unsuccessful Grumman proposals for improved versions. Its service in foreign militaries and adaptation to wildfire control are also summarized along with descriptions of the Carrier On-board Delivery (COD) and Airborne Early Warning (AEW) variants.
Posted by Tailspin at 9:44 AM

I hope there was enough space in the book for a pilot's report on the Turbo Tracker!
Looking forward to this one.....Pat D

Unfortunately, no but my 30-minute flight, including a run in for dummy drop and a landing, was a pleasure.

Maybe this flight would be an interesting blog post on its own. I'd sure like to hear your impressions of the re-engined machine.

Hurray! Looking forward to this series on a lesser covered aircraft. I am guessing the Photo birds, ECM and WF-1 will be covered in one of the volumes?

Part 2 is the coverage of S-2 squadrons. Part 1 does have some coverage of the S-2 equivalent of the A-3 versions, more on the WF-2 than any of the others.

Fantastic work in the Part One account! Gave a copy to my Dad who flew the Tracker operationally in VS-21 and subsequently instructed in VS-41 - and then flew the C-1 as a ship's company officer on board CVS-12. He loves it and has declared it the best account he's seen written on this venerable Grumman product. I'm inclined to agree - although as an active duty Naval Flight Officer on E-2 Hawkeyes I'm a little partial to the E-1B "Willy Fudd" coverage! When can we expect Part 2 to hit the streets?

Steve Ginter projects that it will be out by mid-May.

GREETINGS. MY DAD ,PAUL E. MAYER USMC, WAS THE FIRST LIVE PICKUP AT NATC PATUXENT RIVER BY CAPT. PETE PURVIS FLYING A FULTON SKYHOOK EQUIPPED S2F BUNO 133061 APR.3, 1963. THE PICS ON THE WEB HAVE A DIFFERENT LATER PAINT SCHEME THAN WHEN MY DAD GOT HOOKED. MY EMAIL theawfulegg@roadrunner.com