One of the interesting features I noticed early on as I grew better acquainted with the history and development of U.S. Navy carrier-based airplanes was the presence of downward vision windows on most of the early monoplanes. My first guess was that they were incorporated to somewhat make up for the reduction in downward visibility resulting from the larger wing located more directly under the pilot. An example is the XF2F-1. As in most of the biplane fighters, the pilot sat just aft of the trailing edge of the lower wing.

The most significant benefit from restoring a view directly downward would be the ability to better judge drift from a crosswind, which would provide better accuracy for the dead reckoning necessary to find your way back to a carrier on an otherwise trackless ocean.

And that would appear to be the case for the downward vision windows in the Brewster F2A Buffalo and the Grumman F4F Wildcat.

Note that the F2A window is huge relative to the F4F's, indicative of a lack of specificity for the requirement. The F4F window was not intended to be used to determine whether the landing gear was down, as some have speculated. The pilot can't see the wheels through the window even when the shock struts are fully extended. 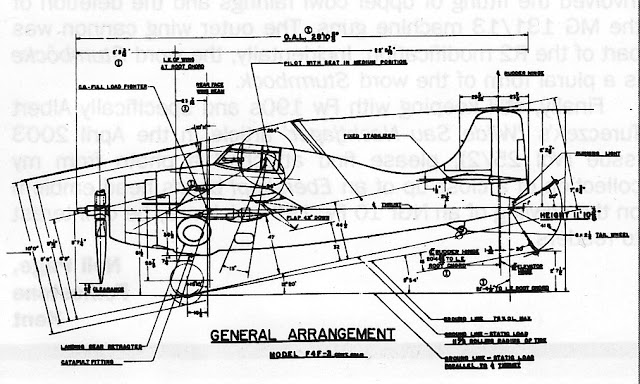 The windows are also of no use in landing. A pilot uses his peripheral vision to judge height above, and position over, the runway and the LSO's signals when landing on a carrier.

My original theory, even if correct, doesn't hold for the bombers since the pilot in the biplanes was generally located over the bottom wing. In any event, the earliest monoplane scout bombers like the BT-1 and SBA don't appear to have had downward-vision windows. The follow-on Brewster SB2A, Vought SB2U, and Douglas SBD Dauntless and its replacement, the Curtiss SB2C Helldiver, did. In this case, they were sometimes referred to as Bombing Approach Windows. Note that these were all dive bombers.

This is the Naval Aviation Museum's SB2A when it was conveniently hung from the ceiling. Note the channels on either side of the window for the struts of the bomb-displacement mechanism. 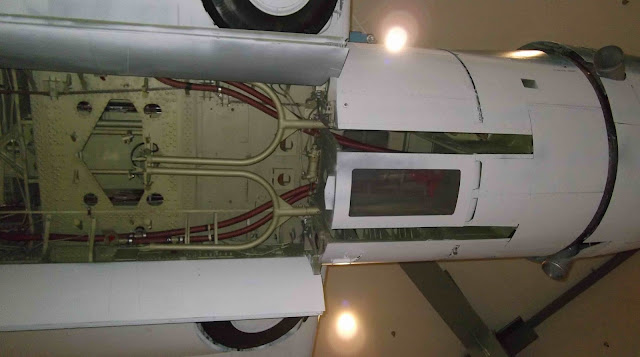 The SB2U's were located immediately aft of the cowl flaps. 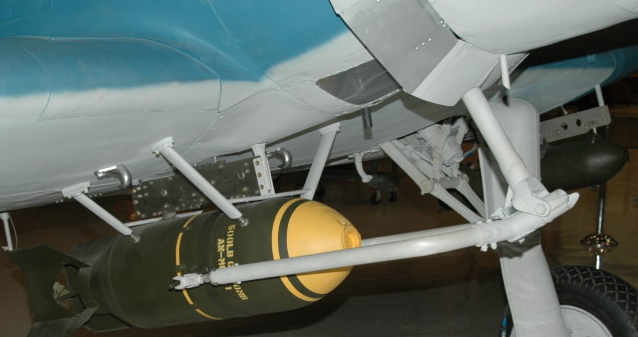 The SBD's was located just aft of the post for the bomb-displacement mechanism and is hard to see even in this excellent Miles Lombard photo. 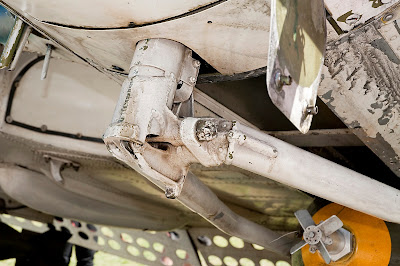 The SB2C's is even more rarely remarked upon. It was ahead of the bomb bay and aft of the oil cooler flaps on the belly. It was covered by doors, which kept the window clean until needed. 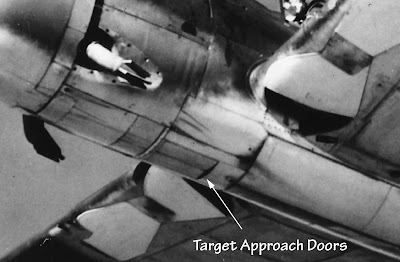 I have yet to see a picture with these doors open. The SB2C-3/4 pilots manual states that they were "removed from the SB2C-4 and replaced with an access panel". That was the end of the use of bombing approach windows.

The monoplane torpedo bombers beginning with the Douglas TBD Devastator had a downward vision window but in this case, it was for use by the bombardier although the pilot could see downward through it as well. The TBD was originally intended to function as a level bomber as well as a torpedo bomber. In fact, the Norden bomb sight made famous by the Army Air Force was initially a U.S. Navy project. The bombardier would crawl underneath the pilots seat from his seat in the center cockpit to use it.

The Grumman TBF was originally designed for level bombing using the Norden bomb sight as well,

In the following picture, the window, located above the number "8636", is covered by a protective flap. 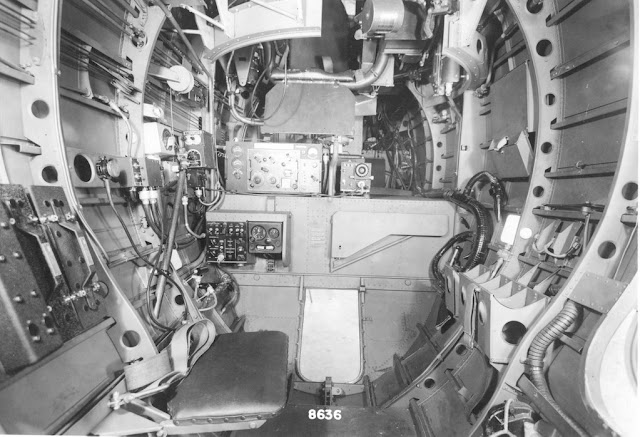 The Vought TBU's bombing window and sight were similarly located aft of the bomb bay as well.

The final variation of the downward-vision window was present in the Vought XF4U-1, Grumman XF5F-1, and Bell XFL-1. In this case it was again a bombing window, but for very specific armament, small antiaircraft bombs housed within compartments in the wings. 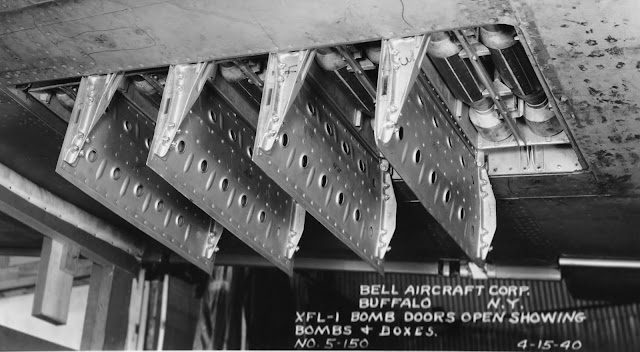 The requirement also mentioned another purpose for the window:

As it happened, the antiaircraft-bomb requirement was dropped for F4U production (also see http://thanlont.blogspot.com/2008/06/antiaircraft-bombs.html) but the window remained for a time (according to Dana Bell, "The bombing window was replaced by an access hatch on the 2,531st F4U-1A (BuNo 500066) and the 901st FG-1A (BuNo 13892). I've never been able to find a record of when/if Brewster made the change." 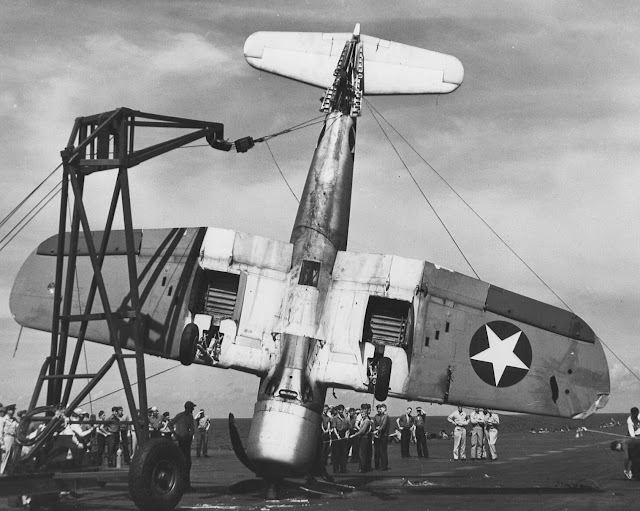