In addition to its descriptive designation system for operational aircraft, the Navy had one for research aircraft, at least following World War II. It evolved to be the combination of the Navy’s letter for the manufacturer and the manufacturer’s internal design number for the project.

One of the first Navy research aircraft was the concept demonstrator for the Vought F5U program. The Navy designated it V-173, the Vought model number, and it was so marked along with the assigned Bureau Number (BuNo). The V-173 apparently predated the formal adoption of the research aircraft designation convention because U was the Navy’s letter for Vought, not V. 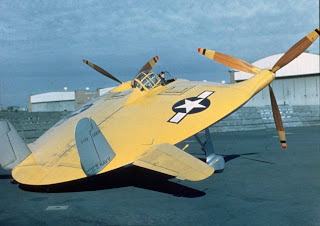 The Navy's next research aircraft program was initiated in 1945 with Douglas for high-speed research aircraft. This was intended to be a three-phase effort, with the first phase being design, manufacture. and flight test of a set of transonic jet airplanes; the second, modification of two of the six Phase 1 airplanes with auxiliary rocket engines for higher speed; and the third, a mockup of an operational jet fighter. Early on, Douglas and the Navy tore up the original plan. The first phase resulted in three D-558-1 identical straight-wing Skystreaks. The second phase was an all-new swept-wing aircraft. It received the designation D-558-2 and a different popular name, Skyrocket. Note that its Douglas model number was almost certainly not 558. The third phase of the contract was cancelled.*

The next Navy research aircraft program resulted in two Bell P-63s modified with swept wings in  early 1946. These were designated L-39-1 and L-39-2, with L being the Navy’s letter for Bell and 39 in this case being the Bell design number for the proposal. (Design numbers were assigned by Bell engineering independently of model numbers, which were assigned by management). As it happened, Bell never assigned a model number to the Navy’s L-39. However, at least one of Bell’s L-39 flight test reports began with 33, which was the model number of the early P-63s. 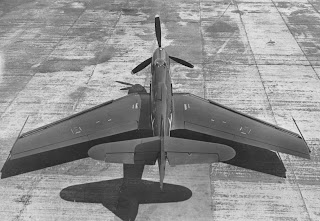 The Navy bought three of the Kaman synchropter model 225s for evaluation in 1950, assigned them BuNos, and gave them the designation K-225, which also was the Kaman designation. 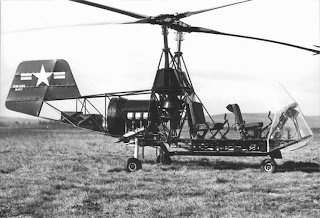 In January 1951, Convair received a contract for two experimental jet fighter seaplanes, which the Navy designated Y2-2. This is the cleanest example of the convention, since Y was the Navy’s letter for Convair and 2-2 was Convair’s model number. These were redesignated XF2Y-1 later that year. 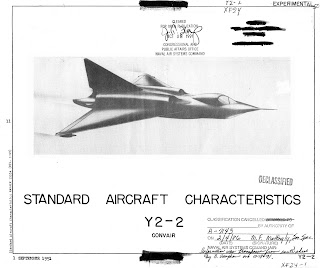 The Navy contracted with Kaman for a tiltwing STOL ground test article (half of the wing, one engine, nacelle, and prop) as the K-16 in 1956. In January 1958, this contract was amended to add the design and manufacture of the K-16B, which consisted of the K-16 wing and a Grumman JRF fuselage. It never flew but was tested in the NASA Ames 40X80 wind tunnel in late 1962. A K-16C proposal with a Kaman HU2K helicopter uselage and fixed wing aircraft empennage did not result in a contract. 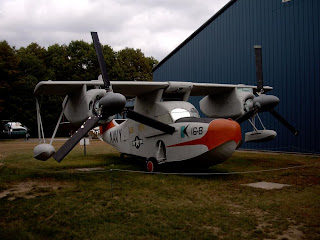 The Goodyear Inflatoplane was evaluated at NATC circa 1959/1960 in an Office of Naval Research Program. Five Goodyear GA-468s were reportedly acquired by the Navy for test but I don’t know if it ever got a BuNo or a Navy designation. 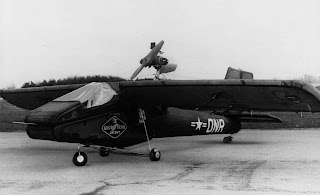 * The cancellation of the third phase of the Navy/Douglas high-speed research program did not preclude the uninformed from subsequently applying the designation D-558-3 to a follow-on study accomplished by Douglas for the Navy, the Models 671, as well as to its proposal for the Air Force/NASA/Navy X-15 program, the Model 684. It was, in effect, a retroactive nickname, one not used by Douglas at the time, much less the Navy. 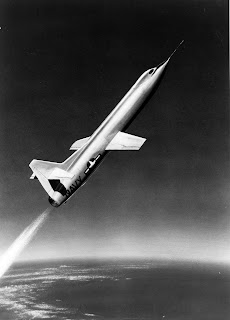 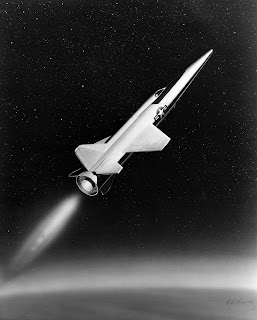