Tricycles Are For Kids

Although most airplanes now have a landing gear with a nose wheel, for many years after the Wright brothers' first flight almost all had a tail wheel instead. The tail wheel arrangement was lighter/cheaper, lower drag before landing gears began to be retractable, and more appropriate for landing on relatively unprepared surfaces (airfields were once actually fields, nephews). Its only drawback was a lack of directional stability on landing rollout, which would sometimes result in what was known as a ground loop, particularly if there was a crosswind. 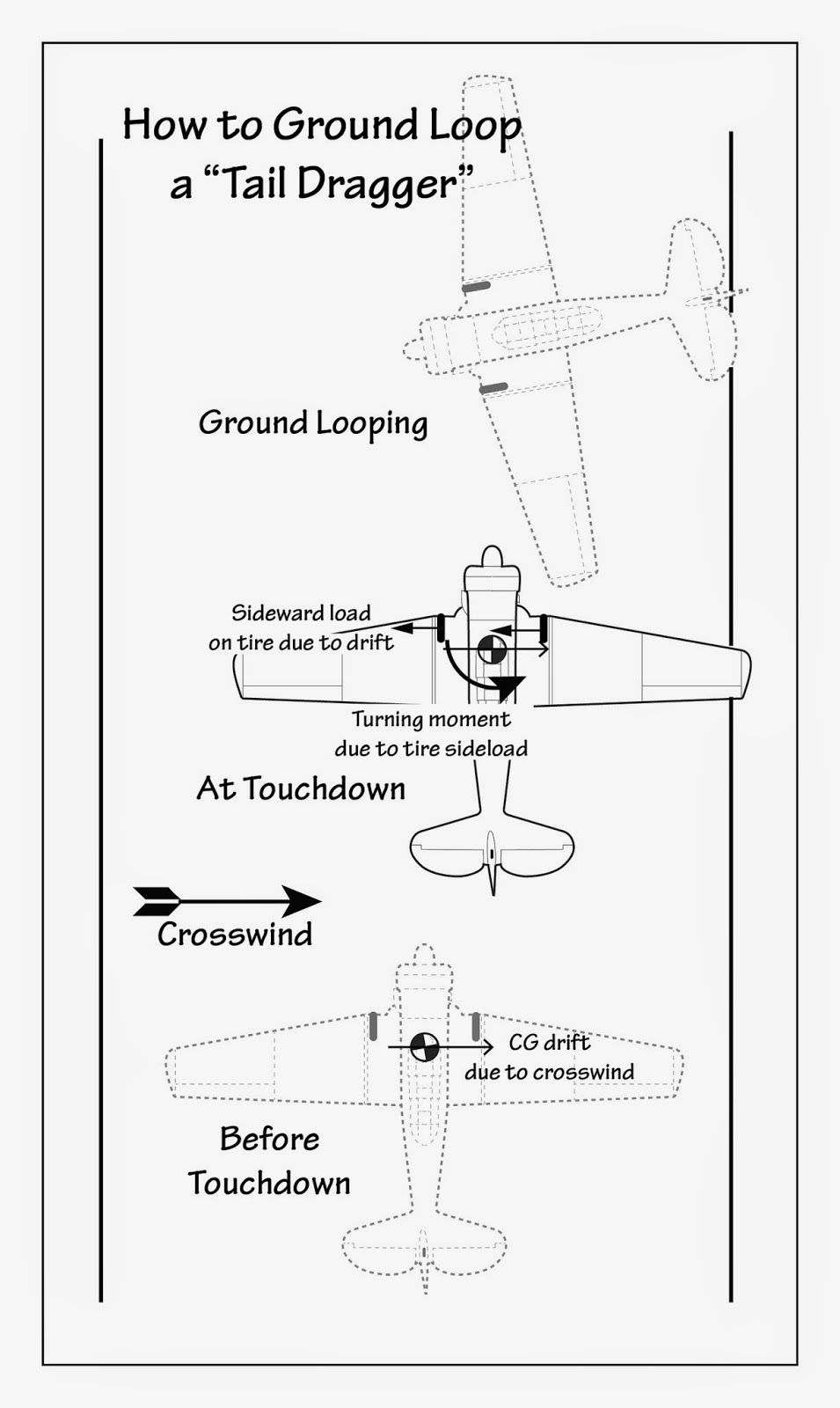 Tricycle landing gears with nose wheels were directionally stable on landing roll out and therefore less likely to turn and bite the inattentive or clumsy pilot. Moreover, they provided an extra prospective benefit on takeoff for multi-engine airplanes. In the event of an engine failure in the takeoff roll before the pilot raised the nose to lift off, the nose landing gear provided increased directional control compared to a tail wheel, particularly if the tail wheel was off the ground for better acceleration. As a result, even before World War II, multi-engine bombers (e.g. the B-24) and fighters (e.g. the P-38) began to have nose landing gears.

The single-engine Bell Aircraft P-39 had a nose landing gear as well, in part because the engine was located behind the pilot, providing room for one.

However, when Bell proposed a variant of the P-39 to the Navy as a carrier-based fighter, one of the changes required by the Navy was to what was then known as a "conventional" landing gear.

and its humongous brother, the TB2D.

I haven't been able to find a Douglas justification for the nose-wheel landing gear arrangement. My guess is that it made loading of torpedoes and 2,000-lb bombs a little easier because of better ground clearance and they could be lifted into place more or less level, instead of having to be tilted nose up to fit in a bomb bay or be aligned with cruise-flight air flow.

The Blackburn Firebrand torpedo bomber featured a two-position torpedo mount that provide both level load/ground clearance and low-drag alignment once in flight.

The nose landing gear didn't seem to provide any benefit otherwise (a Douglas evaluation did note that that a bad landing was less likely to result in the airplane bouncing over the barriers). On a single-engine airplane it significantly restricted the space available for a bomb bay if low-drag carriage of bombs was desired.

Nose landing gears could also be at risk of collapse following an inflight arrestment. 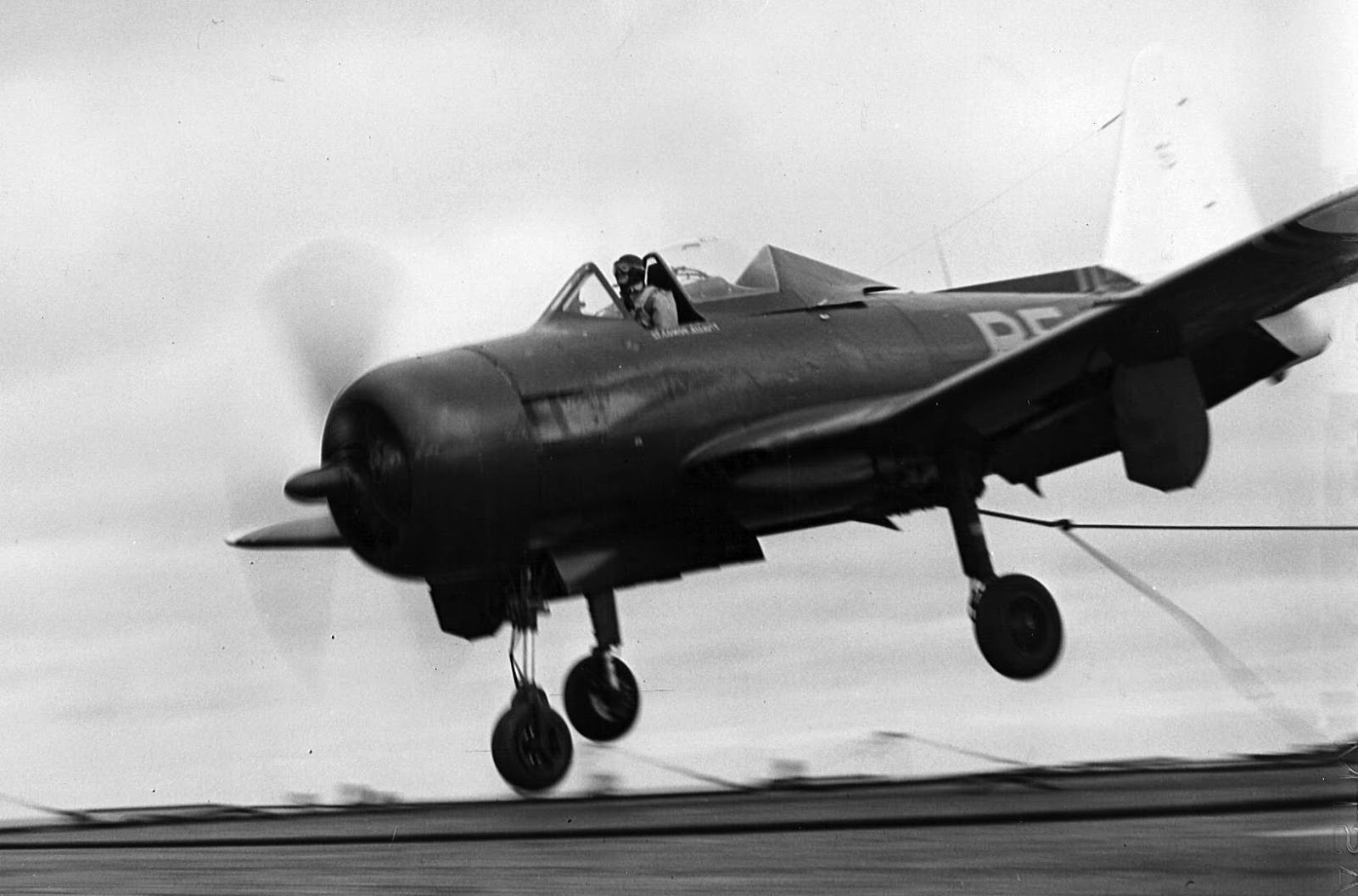 In any event, the next Douglas design, the BT2D, had a tail wheel. It was subsequently redesignated as the AD when the carrier-based bomber designation system was simplified to one mission, attack.

In part as a result of its preference for tail-wheeled landing gear, the Navy lagged the Air Force in adopting trainers with nose landing gears, trading off a somewhat higher accident rate for an earlier and more thorough indoctrination in the art of landing a taildragger.

For more on how the Navy transitioned its pilots to tail draggers after its changeover to trainers with tricycle landing gear, see http://thanlont.blogspot.com/2015/09/taildragger-transition.html
Posted by Tailspin at 7:14 PM

Just a minor correction, the Firebrand was built by Blackburn, not Fairey...

D'Oh! I knew that, because when I looked for pictures I searched for it as Fairey before I found it as a Blackburn. Thanks for the catch. I've corrected the text.