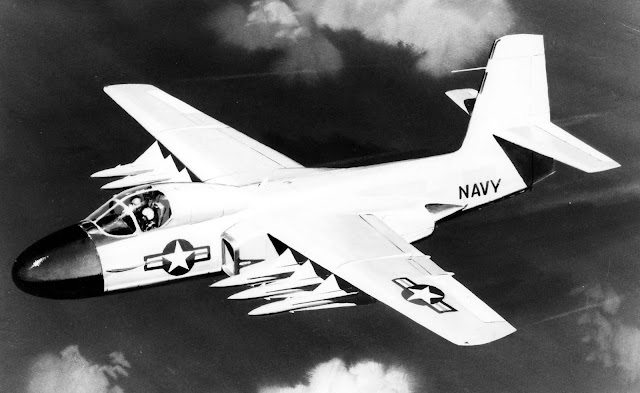 The F-111 train wreck, particularly given the Navy's outrage at being subservient to Air Force program management and subsequent passive-aggressive cooperation, was inevitable. For more on the F-111B program history, buy my F-111B monograph HERE.
Posted by Tailspin at 11:49 AM

Hi there, I saw your blog about aircraft and went through your profile. I am an undergraduate student currently doing Mechanical engineering, final year and I am doing an Artificial Intelligent system guiding the LSO to make decision whether to land the plane or not. I need some real time trajectories data of an aircraft landing yet I couldn't find it anywhere in the Internet. Do you know how can I get those data or is there by any chance you will have any access to such data?

Unfortunately, I don't have access to that data either. In any event, the emphasis has been on giving the pilot better information and guidance rather than the LSO. See