One of the options after World War II that the U.S. Navy considered for the defense of the carrier against incoming bombers was the deck-launched interceptor. The performance priority was on rate of climb, which required the highest possible thrust-to-weight ratio at the expense of endurance. (Another desire was the ability to launch with zero wind-over-deck or even a tailwind so a time-consuming turn into the wind wasn't necessary.)

Adding a rocket engine for auxiliary thrust in the takeoff, climb, and acceleration phases was therefore very attractive because of the rocket's thrust relative to its weight and the oxidizer required. The Navy was already utilizing JATO (Jet Assisted Takeoff) for seaplane operation in rough water and carrier takeoffs without the benefit of a catapult. The A3D was JATO-capable for just that reason, to be launched with an atomic bomb even if the carrier's catapults were out of action.

JATO was actually a solid-fuel rocket that didn't provide thrust for very long. What was needed was a liquid-fuel rocket. The ultimate in this regard was an interceptor that was relied on rocket engines only. See http://thanlont.blogspot.com/2012/11/and-now-for-something-completely.html

While this concept wasn't taken up, the addition of rocket engines was a feature during the competition for the fleet air defense fighter that resulted in the F4H Phantom. In fact, BuAer was planning on buying some F8U-3s with an auxiliary rocket engine. This is a ground test installation in an F8U-1's aft fuselage. 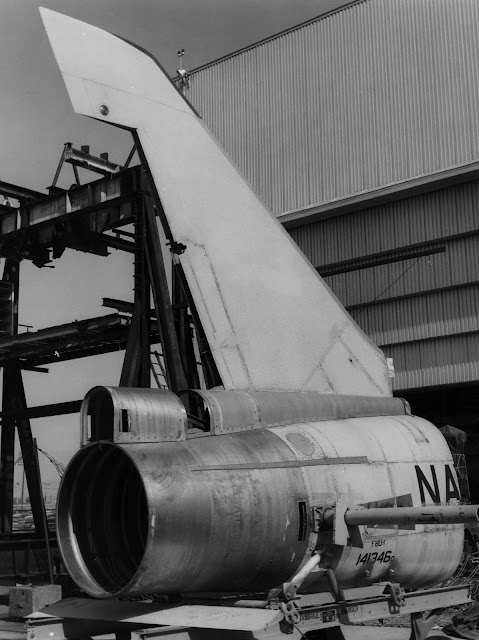 Reaction Motors was originally selected by BuAer to provide the 8,000-lb thrust rocket engine that was to be located in a fairing at the base of the vertical fin. The airplane's jet fuel was mixed with an oxidizer, hydrogen peroxide, to provide the thrust. (Some of the F8U-3's fuel tanks had to be dedicated to the oxidizer, reducing endurance.) Unfortunately, there was a tragic accident during the test of this engine at the Naval Air Rocket Test Station in Dover, New Jersey. Glenn Repp provided this summary report. 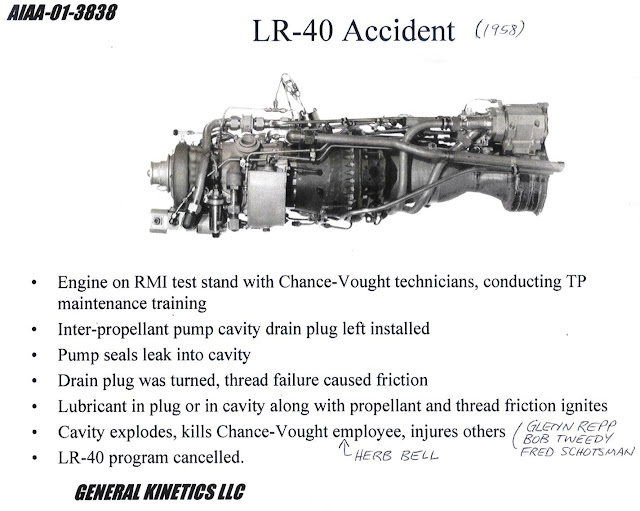 Reaction Motors was replaced by Aerojet and design work continued at Vought, but the auxiliary rocket concept was abandoned when the F8U-3 lost the fly-off to the F4H-1.

For much more on the F8U-3 program, see my monograph available from Steve Ginter:
http://www.ginterbooks.com/NAVAL/NF87.htm 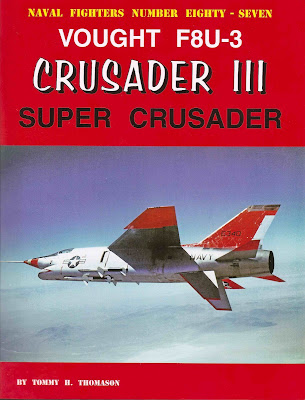