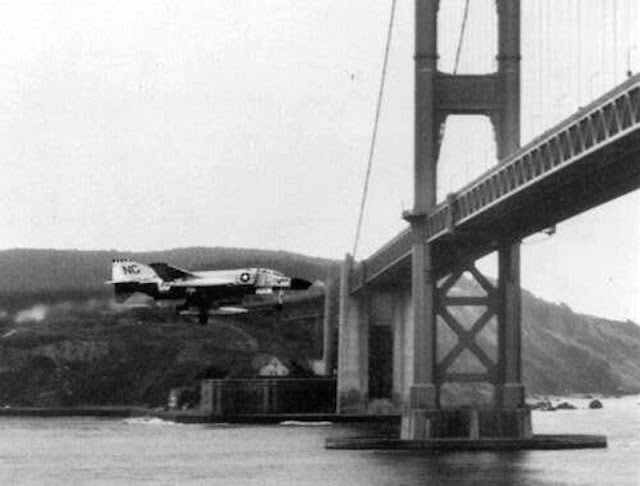 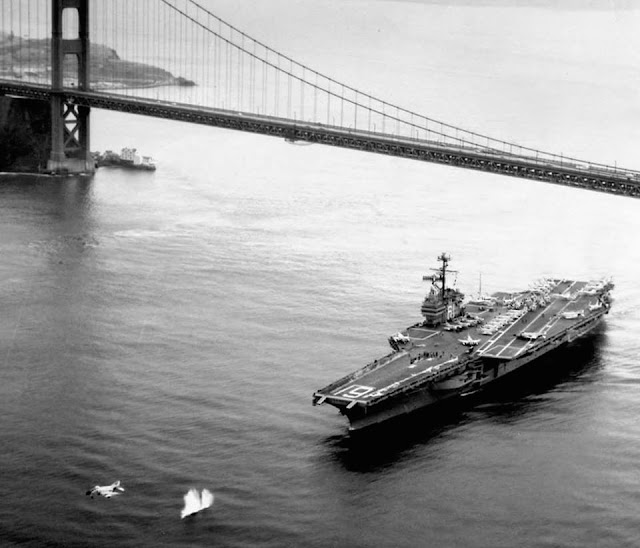 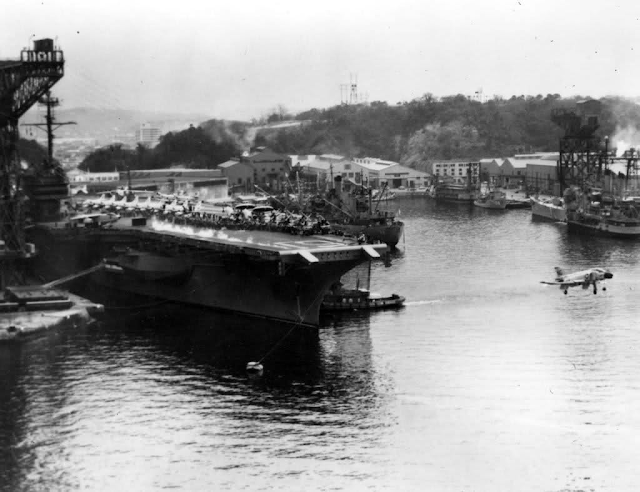 Tommy,
when I first read this I thought it couldn't have been an F4 from VF-96 because they couldn't have advanced to CQ stage that early, so I got out my log book.
having been the first nugget to get into what was then VF 53 and became VF143, the pukin dogs, and transitioned from F3 Demons to F4 Phantoms, under CDR Gene Merrill, we were the first to fleet carqual. VF-114 with a bunch of Pax River pilots were ahead of us in the RAG, VF121, but CAG 14 was to deploy before CAG 11 so we had priority for carquals. it was June 9, 12 & 13 of Ranger, CV61, out of Alameda. I recorded my 1st cv landing on 6/9 pretty much in the fog. then ops were scrubbed when Ltjg Cliff Martin went off #1 cat and nose-dived off the cat, only to save it at the last second and send a ton of h2o over the bow. Cliff had cq'd in T28s in flt trng where they were directed to put their elbow on their hip for cat shots! this was disaster for cat shots in the F4! right behind Cliff on #1 cat was the first usaf pilot to fly the F4. Capt Roger Nunamaker, usaf, had been at Eglin AFB in a test sqdn when someone asked if anybody wanted to go to Miramar to fly Phantoms. He signed on. when he got to Miramar, vf143, being the senior O-3 in the sqdn he was assigned to as the senior watch officer. when he read the sqdn log he noticed it said VF143, temporarily based ashore at NAS Miramar, .... he said "what's this temporarily based ashore bit (aka shit)? that's when he found out he'd be going to sea on a carrier!
anyway, as Cliff was going down the cat the flight deck director was frantically waving Roger to get on #1 cat, and having just watched Cliff disappear off the bow with this wall of water blinding him he signaled the flt deck director with a thumbs down! that's also when The CO, Ranger stopped it right there!
we didn't fly on the 10th or 11th due bad wx/fog while we made sure everyone learned how to fly the touchy F4 off the cat. before the Martin/Nunemaker debacle and finished my 10 day landings on 6/12 & 13.
one more very important event during that period was when my first boss, to be astronaut, LCdr John Young, took a few of us jos on liberty in SanFran, where he had grown up. he took us to the Condor Club and introduced us to Carol Doda (look her up!)
sadly, both Carol and John died this past year.
ed clexton

Im pretty sure thats my great uncle. the dates line up

After WW3 my dad was a crew member on a TBF Grumman Torpedo bomber. He claims his pilot flew under the GG bridge and when they got back to the carrier the pilot was bragging to the other pilots and one of them decided to try it and he took my dad with him. So my dad always bragged he was the only person in the world who ever flew under the GG bridge twice in one day in two different planes.