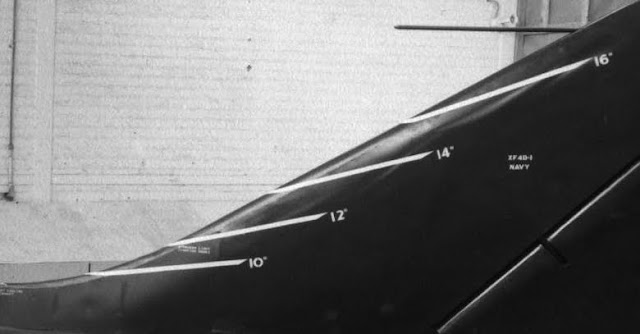 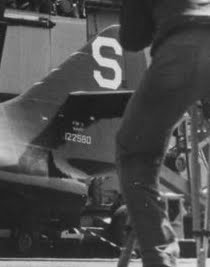 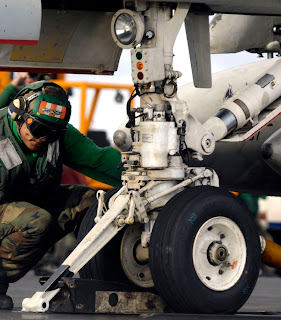 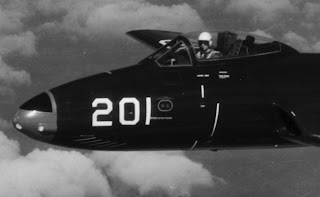 It's almost impossible to believe those would be visible in any but beyond-ideal circumstances... one has to think LSOs had more stringent vision requirements than the pilots they were guiding!

Dave says...
I'm confused - you mentioned green for too high AND too low?!

Oops - When I did an edit to revise the order in which I listed the colors, I failed to change one. Thanks for catching that. I've fixed it.

I don't get it; what do you mean NA "added them to both sides of the nose because they didn't know what they were for"? The only way that would make sense is if NA was provided with a stack of stencils to mark their plane, and without guidance they for some reason determined those were supposed to go on the nose. Doesn't make much sense, but its the only theory thatt seems to fit.

Tommy-- have wondered for YEARS about the stripes on the port side of the vertical stabilizers, and now I know...thanks! Looks like our lives were very similar...my dad was CO of PBM squadron in Sangley Point in 1947, before taking the squadron back to Kaneohe Bay, Hawaii. He went on to be the ops boss in HORNET (CVA-12) for her 1955 'round the world cruise, then CO of ESSEX (CVS-9) in '62-'63. Flying ADs was all I ever wanted to do, but like you, bad eyes said 'no,' so I was a tin-can skipper instead. Not TOO bad a second prize, but most definitely it was a second place prize. Email here is mwest@commandpresents.com; would love to keep the discussion going... Aloha, Mike West, Ponte Vedra, FL